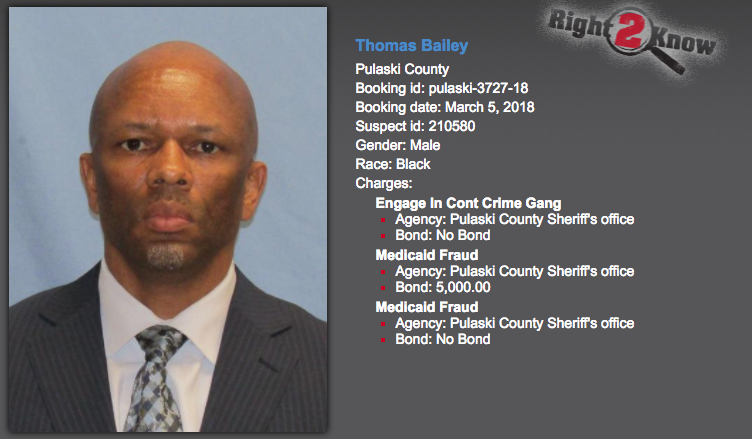 An Arkansas doctor was arrested Monday in connection with his involvement in a health care fraud scheme, authorities said.

Thomas Bailey, 52, of Lexa is one of five people accused of fraudulently billing for services not rendered and for providing false information for the purpose of requesting payment from a health plan, a news release from the office of Attorney General Leslie Rutledge states. The money acquired in the scheme reportedly totals nearly $270,000.

In October, a former owner and administrator of a Helena-West Helena hospice care provider was arrested in the case, the Arkansas Democrat-Gazette previously reported.

The case was reportedly referred to the attorney general's office by the Mississippi Medicaid Fraud Control Unit and is part of an ongoing investigation with the U.S. Department of Health and Human Services Office of Inspector General.

Bailey's charges also include one count of engaging in a continuing criminal enterprise, according to the release.

The Phillips County man surrendered to Pulaski County authorities, authorities said. As of Tuesday morning, he was out of jail after posting $5,000 bond, records show.