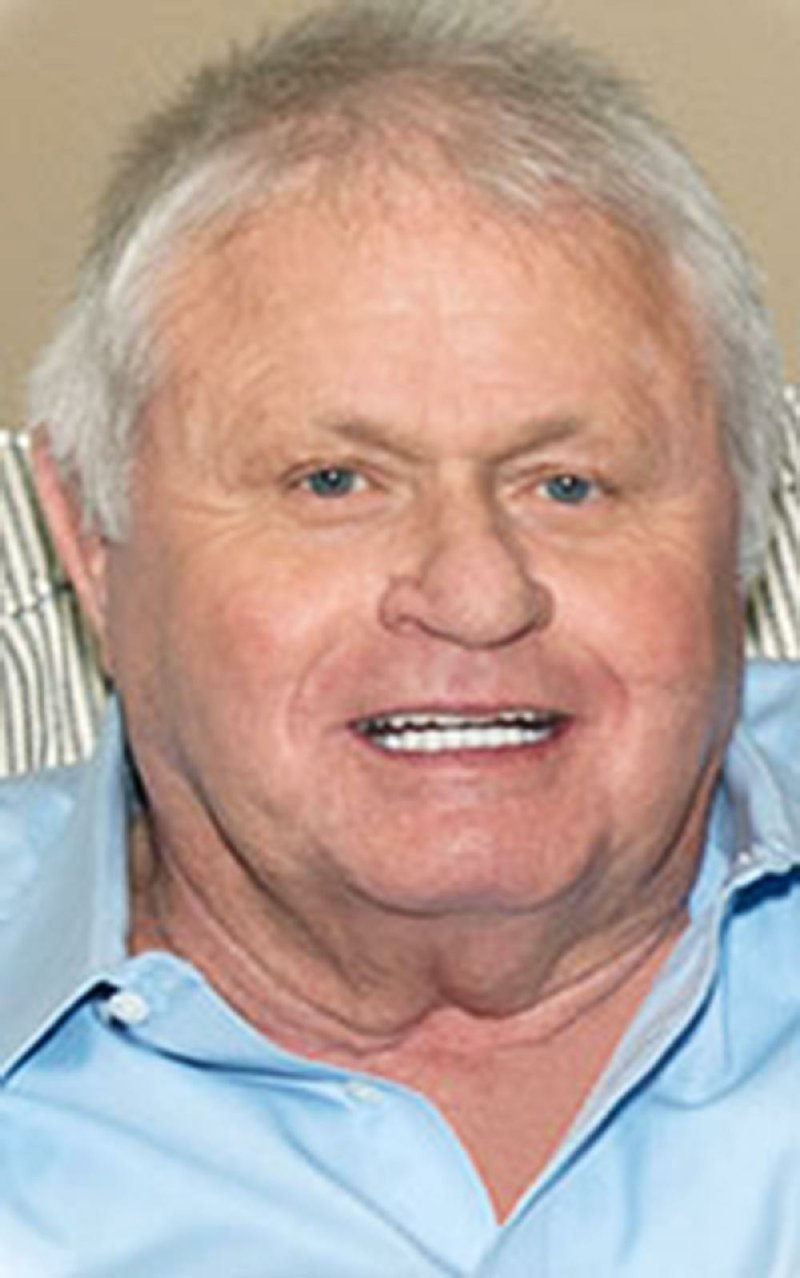 Like waiving their legal fees or delivering turkeys on Thanksgiving.

"They lived by example," Nelson Peacock said of his parents, Joe and Ann. "They taught us the do-right rule about how to treat other people who may be less fortunate in some way."

Joe Peacock had a heart attack Monday and died at the University of Arkansas for Medical Sciences in Little Rock, said his sons, Denver and Nelson Peacock. Joe Peacock was 75.

He had been an Arkansas public servant for more than 40 years.

Joe Peacock was McCrory's city attorney, a state representative, chairman of the state Claims Commission and a member of the Arkansas Parole Board.

At the time of his death, Peacock was living in a condominium in the River Market District of Little Rock with a large, white goldendoodle named Arnie Peacock. A goldendoodle is a cross between a golden retriever and a poodle.

Arnie was known as the mayor of River Market, Denver Peacock said. The dog was the inaugural king of the Barkus on Main parade last year.

Arnie had belonged to Joe's wife, Ann Reed Peacock, who died in 2010.

The Peacock boys said their father never really recovered from his wife's death.

"We all think he died of a broken heart," Denver Peacock said. "He never was the same after Mom died."

Joseph Nelson Peacock was born Aug. 21, 1942, in Beedeville, 14 miles north of McCrory. He grew up there and later worked his father's farmland in White County, where he nudged grazing cattle along while on horseback.

"He was a cowboy back then," Denver Peacock said.

One day at the Bulldog Restaurant in Bald Knob, Joe Peacock met Ann Reed, the homecoming queen and daughter of a strawberry farmer. They married in 1965 and had two children, both of whom went on to work in the administration of President Bill Clinton.

Ann Peacock, who also went to college in Conway, worked as a teacher in Farmington and Bentonville to help put her husband through law school.

After his graduation, they moved to McCrory, where Joe Peacock was city attorney from 1972 to 2010.

A Democrat, Joe first ran for state representative in 1974 and served eight years in the House of Representatives.

In 1976, he met a young law professor named Bill Clinton, who was running for attorney general.

Former President Clinton said he has treasured their friendship ever since.

"He was a first-rate lawyer, a fine public servant in the Legislature and on the Parole Board, and a good, loyal friend," Clinton said. "Whether I was up or down, he and Ann were always there with a joke, a story, and a helping hand. He loved McCrory and its people and worked hard to help them through his service and his law practice. Most of all, he loved Ann and their sons, Nelson and Denver. He lived a full life, and Hillary and I will always be grateful to have been along for so much of the ride."

"The state trooper would drive us around the circle drive and let us flip the lights on," he said.

From 1995 to 2008, Joe Peacock served on the state Claims Commission, which hears and adjudicates claims against the state, its agencies and its institutions. He was on the Parole Board from 2008 to 2014.

Shelby Woods, chairman emeritus of the CJRW advertising agency, was born in McCrory and knew Joe Peacock for 50 years.

Woods said Peacock was a farmer, lawyer, gentleman and public servant who wanted to be involved and who understood the importance of good government.

"Of course, he was an attorney, but his skills went far beyond that," Woods said. "He was a relationship person. I don't know anyone who knew Joe well who didn't like Joe."

"Joe never had tickets going," Ranchino said. "He liked to wheel and deal on the street."

Former Gov. Mike Beebe said he was a state senator when he met Peacock, who was then serving in the House. Beebe, who practiced law in Searcy in White County, said the two men were "relative neighbors in adjoining counties."

"Up until his wife's death, he was always jovial and happy," Beebe said. "He was comfortable in any setting, in the halls of the Capitol or kicking around in the fields of Woodruff County."