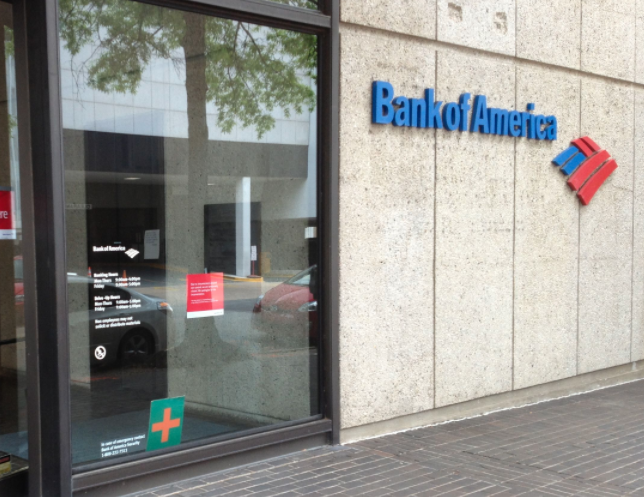 The Bank of America branch in downtown Little Rock is shown in this file photo.

Bank of America plans to close the lobby branch in its namesake building, the 23-story Bank of America Plaza on Capitol Avenue in Little Rock, on July 31.

The bank notified customers who opened accounts at the branch of the plan.

The bank will retain employees in the building even after the branch closes, said Diane Wagner, a spokesman with Bank of America. Bank employees still have offices in other areas of the building, Wagner said.

Bank of America, which has been consolidating branches, will allow displaced employees to work at other branches, Wagner said.

She said Bank of America has 325 employees in Arkansas.

Bank of the Ozarks lends $91M for hotel

Bank of the Ozarks lent $91 million to The Lightstone Group to finance a 311-room hotel on East 11th Street in New York, The Real Deal, a New York real estate publication, reported Monday.

The financing includes $63.1 million in new loans and a $27.9 million existing loan from Goldman Sachs that Bank of the Ozarks will assume, The Real Deal said. Goldman Sachs earlier had lent $85 million to Lightstone Group.

Moxy is a Marriott brand of "affordable luxury" hotels, The Real Deal said. Lightstone also is developing two other Moxy projects in Manhattan.

Bank of the Ozarks has almost $3 billion in real estate loans in the New York metropolitan area.

The Arkansas Index, a price-weighted index that tracks the largest public companies based in the state, climbed 3.85 to 419.08 Tuesday.

"After a choppy session, U.S. stocks managed a small gain as investors weigh the prospects of a trade war due to mixed signals regarding the president's proposed tariffs," said Chris Harkins, managing director with Raymond James & Associates in Little Rock.

Twelve stocks rose, four declined and one was unchanged.

Total volume for the index was 25.2 million shares.