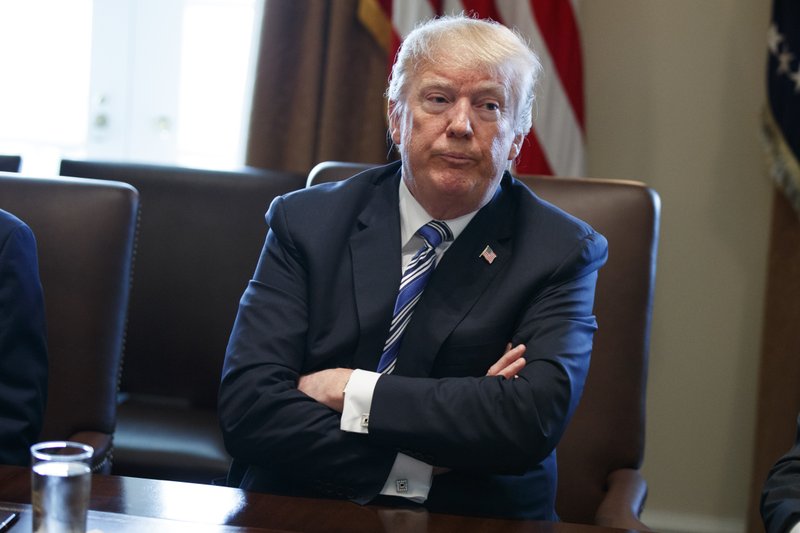 WASHINGTON -- President Donald Trump raised concerns about the graphic depiction of violence in video games at a White House meeting Thursday with members of the industry and some of their most vocal critics.

Searching for ways to respond to last month's Florida school shooting, Trump has questioned the impact of video games, although decades of research have failed to find a link between gun violence and graphic depictions of violence in games. Meeting attendees said he sought to hear from all sides.

"He asked a lot of questions, and he raised concerns with the violent nature of these games and asked the question: Is this causing the kids to have [this] violent behavior?" said Rep. Vicky Hartzler, R-Mo.

While some studies have shown a connection between gaming and emotional arousal, there's no evidence that this heightened emotional state leads to physical violence.

The Entertainment Software Association released a statement saying it had brought up "the numerous scientific studies establishing that there is no connection between video games and violence, First Amendment protection of video games, and how our industry's rating system effectively helps parents make informed entertainment choices."

Melissa Henson, program director for the Parents Television Council, a conservative watchdog group, said there is evidence that video games can "contribute to violent attitudes" or feelings of isolation. She said she sought to convey the challenges of keeping violent games away from kids "even for the most diligent parent."

Sen. Marco Rubio, R-Fla., also attended the meeting. He noted in a statement that there was "no evidence" tying video games to the Florida shooting but said he was interested "in making sure parents are aware of the resources available to them to monitor and control the entertainment their children are exposed to."

Trump has focused on video games as he seeks solutions to deal with the scourge of guns after the Parkland, Fla., high school shooting that killed 17 people. After weeks of public deliberation -- including expressing support for some gun control measures -- Trump has not yet outlined what he would like to see in legislation.

Trump has invoked his son Barron as he speaks about video games. At a recent meeting on school violence, he said: "I have a young, very young son, who, I look at some of the things he's watching, and I say, how is that possible?"

While Trump has suggested rating games and movies for violence, ratings already exist.

Information for this article was contributed by Mae Anderson of The Associated Press.