Juvenile justice overhaul in Arkansas a work in progress

Where a child lives affects that child's experience while on probation because individual judges decide how to run probation in their courts.

Efforts are underway in at least 18 of the state's 75 counties to improve probation and the overall juvenile justice system, according to officials.

Rather than punish kids for wrongdoing, juvenile court judges in some of those counties use probation as a way to connect youths with community services. The goal is to reduce the number of children in detention and to keep them out of court.

Juvenile probation comes into play after a child commits an offense and enters a guilty plea or is found guilty in court. Sometimes, a judge will order the child to go through months of probation instead of serving jail time. Probation is also used after a child gets out of a lockup.

Circuit courts in Benton, Garland, Faulkner and Sebastian counties, for example, are using diversion programs, which focus on addressing kids' needs and their rehabilitation rather than locking them up. Judges using diversion have court staff members assess kids before they're sentenced to see how best to help them.

Some of the changes were prompted by efforts of the Arkansas Supreme Court Commission on Children, Youth and Families, which has led a charge to overhaul the juvenile justice system since 2012.

The commission, under the leadership of Justice Rhonda Wood, is working to roll out statewide use of risk-assessment tools in every juvenile court case. The 12-member panel is also drafting a consistent set of standards for Arkansas' juvenile probation systems that individual judges can choose to adopt. 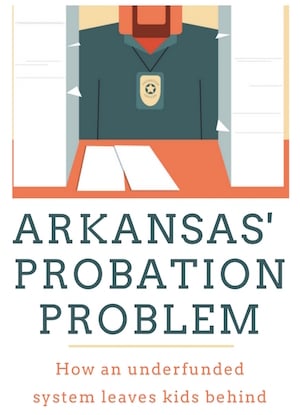 But change has been slow and sporadic.

In 2016, the Supreme Court youth commission hired juvenile justice experts to evaluate the probation systems in Pulaski and Sebastian counties and the 10th Judicial District, a five-county circuit in southeast Arkansas. The study used $46,000 in federal grants and $7,000 in state funds.

The Arkansas Democrat-Gazette reported on the results of that study in articles published March 3 and is following up today with a report on what other judges have to say about the study and efforts to change probation from punitive to supportive.

The report, completed in January 2017 by the nonprofit Robert F. Kennedy National Resource Center for Juvenile Justice, found that children and families involved with the probation system didn't always get the help they needed -- often because of overworked officers and judges who do not change the way they handle such cases.

The study by the Boston-based group also found that some circuit judges still see probation as a way to discipline young offenders rather than try to rehabilitate them.

Many of the judges interviewed for this article said they had not seen the report; neither had most of the probation officers the newspaper interviewed.

Using probation as punishment is not effective, judges and experts say.

The Kennedy resource center also reported that probation officers faced a host of other impediments to doing their jobs: caseloads more than twice the number recommended by national experts, inconsistent training and low salaries.

Consequently, children on probation in a large part of Arkansas don't get enough support, which research shows increases the odds that they'll re-offend, as youths or later as adults.

The Arkansas Democrat-Gazette's reporting from jurisdictions not covered by the study confirmed many of the report's findings. The newspaper spoke to judges, court administrators, public defenders, social workers, school officials and parents throughout Arkansas, and reviewed different probation program policies, salaries and training efforts.

"No matter where you are in the state, there's always more that could be done, if the money was there," said Whitney Roman, the 10th Circuit juvenile public defender.

"Ideally, we could do more for kids, but the truth of it is, we won't be able to do more until there's more resources," Roman said. "It's just not going to happen. That's the real world. Sadly, the kids are suffering for it."

'THE BEST WE CAN'

Counties with the most effective probation programs have common threads woven throughout their court processes -- from intake to sentencing.

Judges in these counties work in communities where local leaders are supportive and resources are more accessible. Every youth completes a risk assessment before a judge makes a determination of an offender's fate.

Court staff members collect and share more data than required. Kids go through diversion, such as getting mentors or attending therapy, instead of trial.

Numbers show that their efforts are working. Judges say the improved results stem from using risk assessments and diversion hand-in-hand.

For instance, Judge Wade Naramore in Garland County said his probation officers' caseloads dropped from 30 to about 12 in the past year.

Because the officers had more time to give to each case, 92 percent of young offenders last year completed all court-ordered diversion requirements and haven't ended up back in court, he said.

Naramore also sends staff members who are trained restorative justice facilitators to meet with school officials so that certain children with court orders can avoid entering the courtroom at all.

Restorative justice focuses on the rehabilitation of offenders by having them reconcile with victims and their communities. This practice is more common in the adult criminal system.

In Benton County, Judge Thomas Smith has been using various "validated" assessments for years. His court partners with the local sheriff's office. It also works with parents of children who are in the system through a parent advocate group and "parent orientation."

Because of this approach, Smith says he doesn't have to jail as many kids. He's sent only a handful to lockup every year since 2013, state records show.

But probation officers are still overworked. They have caseloads of up to 50 each, he said.

On Thursday, during an annual meeting, members of the Arkansas Juvenile Officers Association shared their concerns about probation officers' excessive caseloads.

Tina Stratton, a Franklin County juvenile probation officer, said her caseload can run up to 120 cases.

"It's overwhelming," Stratton said at the meeting. "It's hard to monitor them, to make sure they're going to [court-ordered] counseling consistently," she said of the youths she oversees.

Stratton works with just one intake officer, who gathers information about children and their families and makes recommendations about rehabilitation or punishment. Intake refers to the point when a child first enters the juvenile justice system.

With more difficult cases, she calls officers in other jurisdictions for advice, she added.

At the meeting, 15th Circuit Judge Terry Sullivan expressed his dismay over limited juvenile court funding, including for probation.

"With all the cutbacks we've had, there are less and less services," Sullivan said. "These counties are all broke. ... We all do the best we can with what we got."

Sullivan, whose circuit includes Logan, Scott and Yell counties, also said that officers' caseloads have stayed around 90 each for years.

Not all judges in those areas use risk assessments the same way, according to newspaper interviews. Some use the assessment only after a youth has been found guilty; others assess only high-risk kids.

The preferred assessment tool is formally known as the Structured Assessment of Violence Risk in Youth, also called the SAVRY. Parents and children answer questions about the child's home and school life. Assessment results paint a more complete picture of a child, taking into account mental health, family history, drug use and other factors.

Officials encourage using the SAVRY tool so that risk assessment data are uniform across the state. Some counties may use other assessments instead.

The Supreme Court's youth commission has been instructing courts to use the assessment at intake, when they and their families, teachers and others are interviewed before trial, so more children are steered away from formal sentencing.

During the current legislative fiscal session, the Administrative Office of the Courts requested funding for an additional staff position to handle "delinquency prevention."

That person would assist counties in implementing the SAVRY and help probation officers, said Marty Sullivan, director of the office.

Data collection and sharing also aren't uniform, according to judges and state officials.

It's hard to tell how many kids come into contact with the juvenile justice system but don't go to trial because of diversion, for instance.

Arkansas uses a case management system that can share data. It came out in 2002 and often doesn't work. Judges and officers said they have trouble logging into the system.

There is no state mandate to keep track of certain information on juveniles, such as recidivism rates or time spent on probation, but Naramore said data are necessary to figure out what works.

"Data helps you understand what you're seeing, what needs to change," he said. "You have to be willing to re-assess."

The Supreme Court commission is working to develop data standards, including what numbers should be collected and the most efficient ways to track and evaluate court information.

Wood says data can show which youth services are most needed in certain areas. That can guide how the state contracts with community providers, some of which run probation programs.

Because of ongoing changes to the juvenile justice system, policy and procedure manuals for probation officers are documents that need to be updated often, judges said.

Circuit Judge Leigh Zuerker was a part of the Kennedy resource center's study and said that, after the results were published, she compiled a new manual for her officers.

"We wanted to make changes and help juveniles the best we could, so we opened our doors and said 'Come in,'" Zuerker said of the center's researchers.

Naramore said he created a new structure and rewrote job descriptions for the court staff when he was first elected.

Wood said the slow pace of change in probation and the overall juvenile justice system has been deliberate. The justice hopes to propose substantial change through the Legislature in 2019.

Working alongside the Supreme Court-appointed commission is the Youth Justice Reform Board, appointed by Gov. Asa Hutchinson in 2015. Hutchinson has long touted juvenile justice reform as a priority.

Under Act 1010, lawmakers assigned the Reform Board to work with the Department of Human Services' Division of Youth Services to improve the state's juvenile justice system. The 21-member board included judges, community providers, state officials, parents and advocates. They met quarterly to create a two-year plan that outlined improvements.

The Supreme Court youth commission and the board's efforts have since merged. They meet together about four times a year. The board adopted the commission's mission, which is now called a joint action plan.

Circuit Judge Earnest Brown Jr., a commission member, is gathering salary information for probation officers, who are paid at a county level, to compare with state-funded drug court officers. He wants to see how much it would cost to put the county employees on a pay scale similar to the state's.

Jennifer Craun, juvenile justice director with the Administrative Office of the Courts, said Brown's work could be included in a legislative request next year.

The Kennedy resource center and the newspaper's reporting found that probation officers were chronically underpaid.

Some didn't get employee health benefits or travel reimbursements. Most officers were paid under $40,000 a year. Judges in counties with lower-paid probation officers say officer turnover is a problem.

A proposal to fix these issues is still in its formative stages, Wood said.

"You can't do juvenile justice by knee-jerk response," she said. "I'm optimistic about 2019.

"I'm sick of patching the roof. I want to see real reform." 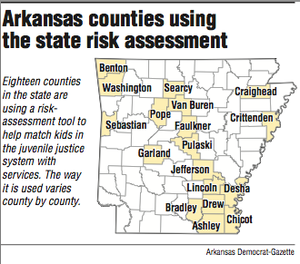 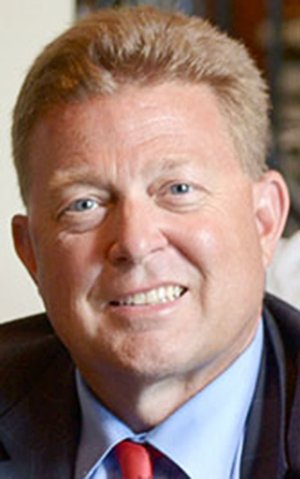 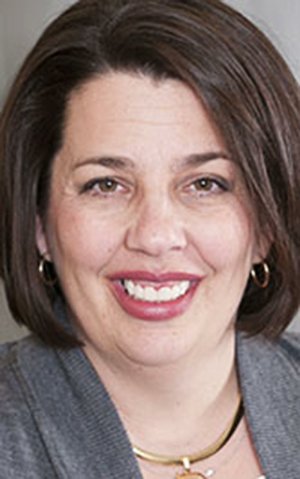 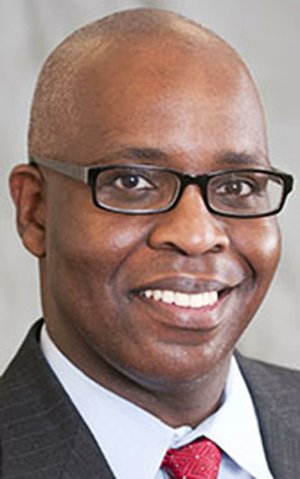 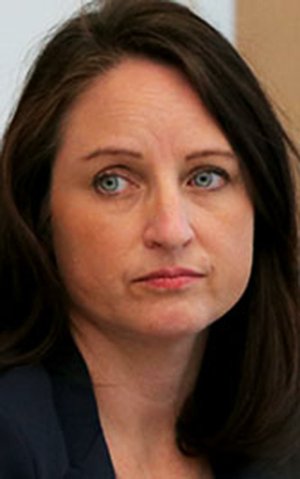