VIDEO: Arkansas student wins more than $52,000 in prizes on 'The Price Is Right' 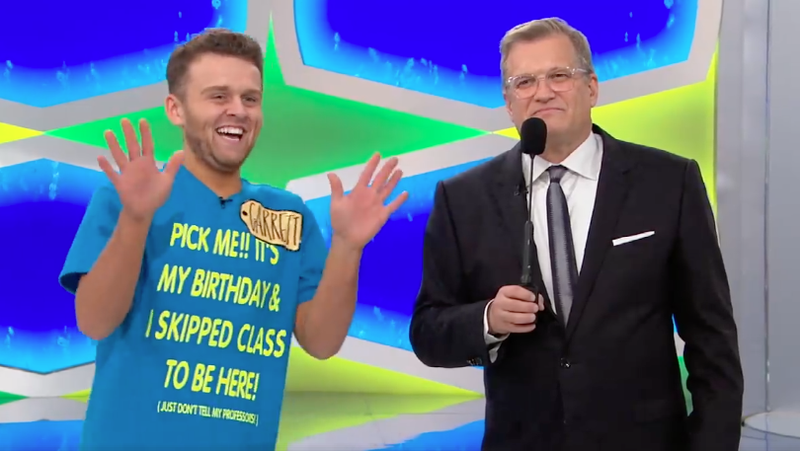 Garret Rogers of Oklahoma appears in a taping of "The Price is Right," which aired on Thursday.

An Arkansas college student won over $52,000 worth of prizes, including a car, on an episode of The Price Is Right that aired Thursday.

Garrett Rogers, 22, a senior at the University of Arkansas-Fort Smith, attended a filming of the CBS game show on his birthday, Oct. 11.

He said he grew up watching the show with his grandmother and decided to attend a taping as part of a visit to Los Angeles with a friend.

After being selected to "come on down" to contestant’s row and making a successful bid on a beach getaway, Rogers hit the stage to play the game That’s Too Much, earning a 2018 Mazda 3 and the right to spin the show’s signature wheel.

His spin of 90 cents got him into the Showcase Showdown, where he came within $3,626 dollars of the package’s actual price and was dubbed the winner.

In total, he ended up with $52,548 in prizes that included the car, a patio set, a pontoon boat and a vacation to Pismo Beach, Calif.

In an interview, Rogers described the opportunity was a surreal moment.

“The whole process was really hectic. I couldn’t hear anything. It was so loud," he said. "I had to stop listening to the audience and listen to my gut. Then, I started winning after that. I trusted my gut.”

He said the win was hard to keep from his family and friends for six months, but he hosted a watch party Thursday to watch his big moment.

It might not be the last time they catch him on TV, Rogers said. In February, he attended a casting call for Big Brother.