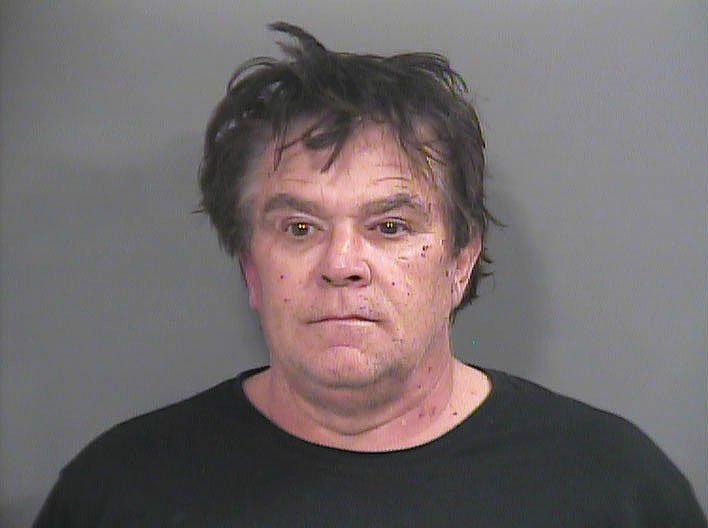 Indicted lobbyist Milton Russell "Rusty" Cranford tried to arrange the murder of an alleged co-conspirator in an illegal lobbying and kickback scheme, according to a federal court filing Monday in Missouri that argued he should be denied bail.

The intended victim was Donald Andrew "D.A." Jones, 62, of Willingboro, N.J. Jones is a Philadelphia-based political consultant who accepted money embezzled from Preferred Family Healthcare of Springfield, Mo., according to his Dec. 18 guilty plea on one count of conspiring to defraud Preferred Family of $973,807 from early 2011 until January 2017.

The motive of the murder-for-hire plan was to prevent Jones from testifying and describing $264,000 in kickbacks received by Cranford and one of Cranford's employees, according to the motion to detain Cranford.

Cranford should be denied bail "because clear and convincing evidence establishes there is a serious risk the defendant will obstruct and attempt to obstruct justice, and threaten, injure, and intimidate prospective witnesses, and attempt to do so," the motion states.

Preferred Family is a nonprofit company operating substance abuse and behavioral health treatment centers in five states, including Arkansas. Preferred Family facilities in Arkansas received $33.4 million in Medicaid reimbursements in 2016, among other state and federal taxpayer funds, according to court documents in the Jones case.

Cranford also played a role in the kickback case of former Arkansas state Sen. Jon Woods and former state Rep. Micah Neal, both of Springdale, according to Woods' indictment and Neal's guilty plea in that case. Cranford hasn't been charged in the Arkansas cases. However, Monday's motion to detain without bail says that "Cranford is likely to face significant additional charges in more than one federal district."

Cranford is a longtime lobbyist in Arkansas whose firm specializes in behavioral health issues and services for youths. He has also represented the state's professional association for bail bondsmen in the past.

Three Preferred Family executives, not named in court documents, paid Jones $973,807 from early 2011 until January 2017, all taken from the nonprofit group, according to Jones' guilty plea. The money went to lobby lawmakers for Preferred Family's benefit and to the benefit of the executives themselves, Jones' plea documents say.

Cranford helped arrange the deal between the executives and Jones, according to his indictment. Cranford was the nonprofit group's Arkansas lobbyist and a director of some of its Arkansas operations. Cranford received $219,000 in kickbacks from Jones in return for assistance in getting the agreement for payment from Preferred Family, according to Cranford's Feb. 20 indictment. Another $45,000 went to Cranford's employee and business associate, former state Rep. Eddie Cooper of Melbourne, for the same purpose, according to Cooper's guilty plea on a related charge.

Cooper pleaded guilty Feb. 12 to one count of conspiracy to embezzle for his role in the scheme. Cooper was a member of Preferred Family's board of directors for several years while the arrangement with Jones was in effect, according to Cooper's plea. He also worked for Cranford as a member of Cranford's lobbying firm, the Cranford Coalition, from 2011-15.

Both Cranford's indictment and Jones' guilty plea were filed in the U.S. Attorney's Office for the Western District of Missouri. Cranford was arrested by federal agents in Arkansas on Feb. 21 and is in custody in Kansas City, Mo., federal authorities said. He's set for a bond hearing Thursday, and federal prosecutors are asking that bail be denied, arguing he is a flight risk and a danger to witnesses, according to the motion to detain.

Several times between Dec. 18 and Jan. 2, after Jones pleaded guilty but before Cranford's arrest, Cranford called a felon he knew, according to the detainment motion. Cranford and the felon arranged a meeting, according to the court filing, which says only that the meeting took place Jan. 9 at the felon's house. That felon, identified in Monday's filing as "Person A," contacted federal authorities before the meeting took place.

"Cranford has known Person A for many years and knows that Person A has a criminal history which includes acts of violence such as robberies and shootings, and has served time in prison for said acts," Monday's filing said. The meeting was secretly monitored and recorded by the FBI, according to the filing.

"He's in Philadelphia. He's in south Jersey. (Whispered) He needs to go away. He needs to be gone," Cranford said of Jones, according to the FBI transcript of the Jan. 9 meeting.

"While making this statement to Person A, Person A told agents that Cranford used his hand to make a gun-shooting gesture," the detainment motion says.

"At the end of the Jan. 9, 2018, meeting, Cranford handed Person A five one-hundred dollar bills, while stating he would return to Person A's residence on January 12, 2018, to further discuss the details," the detainment motion says. That meeting did not take place.

The murder-for-hire scheme is under investigation by the U.S. attorney's office for the Western District of Arkansas but no charges have been filed, the detainment motion says.

Cranford in his indictment faces one count of conspiracy and eight counts of accepting bribes.