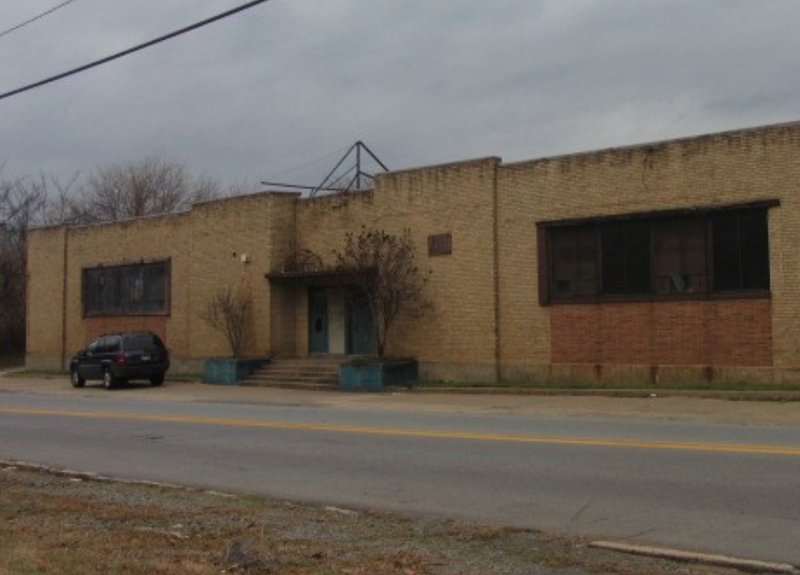 The transformation of a 15,000-square-foot warehouse on East Sixth Street into a beer garden and alfresco dining spot has begun in what is being called Little Rock's East Village.

The building at 1212 E. Sixth St. will be the future home of The Rail Yard, an outdoor venue and craft beer garden that will play host to a rotating cast of food trucks, and also feature a menu being developed by the pitmasters behind Rock BBQ Catering Co.

Cromwell is the chief backer in the transformation of the area. The firm announced Tuesday that it officially occupy its new home at 1300 E. Sixth St. on March 26.

The $10 million mixed-use development at the two-story Sterling Paint building at 1300 E. Sixth St. also will house a 16-unit residential development called 12 Star Flats, named after a Sterling Paint brand; the Printshop; and a community room, or public space, called the Mixing Room.

The Cromwell headquarters also will feature a restaurant called Catheads Diner, which is backed by chef Donnie Ferneau.

Meanwhile, work is just beginning on the 1212 E. Sixth St. property. Central Construction Group LLC obtained a building permit valued at $475,000 last week to demolish "major portions of the building for the purpose of making this a parking lot with two tenant spaces for future occupants."

Cromwell purchased the property for $472,000 in 2016 and has named it The Bike Shop in homage to its former occupant, Recycle Bikes for Kids, a nonprofit that provides free bicycles in exchange for volunteer work. 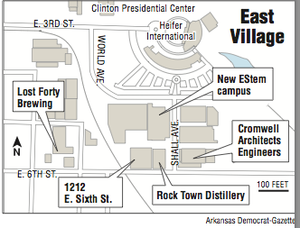 An old 10-speed bicycle on the front of the building will be adopted to use as part of a sign for the building, said Jamie Moses, development director for Moses Tucker Partners, which is helping Cromwell develop the area.

The Rail Yard urban beer garden concept, which will feature wine and specialty cocktails as well as craft beers, is the brainchild of Murry Newbern, Linda Newbern and Virginia Young.

They will share space with Count Porkula BBQ, which will be operated by pitmasters Walt Todd and Kelly Lovell.

"We have been operating as a food truck and the name, Count Porkula, is taken from the smoker, a modified behemoth rescued from the scrapyard and repurposed to smoke what we believe is the best barbecue in the city," Lovell said.

The area also will be the new home of an eStem Public Charter Schools elementary and middle school campus, and Lost Forty Brewing, one of the oldest new occupants of the area, which is on the east side of Interstate 30 in downtown Little Rock.

Rock Town Distillery is in the midst of moving its operations to a property in the South Main Street Commercial Historic District.

Redevelopment of the former distillery building remains in the concept stage, but Moses said he expects an announcement on its new occupant or occupants within the next two or three months.