RESTAURANTS FROM SCRATCH: How Ceci’s Chicken & Waffles got its start in central Arkansas 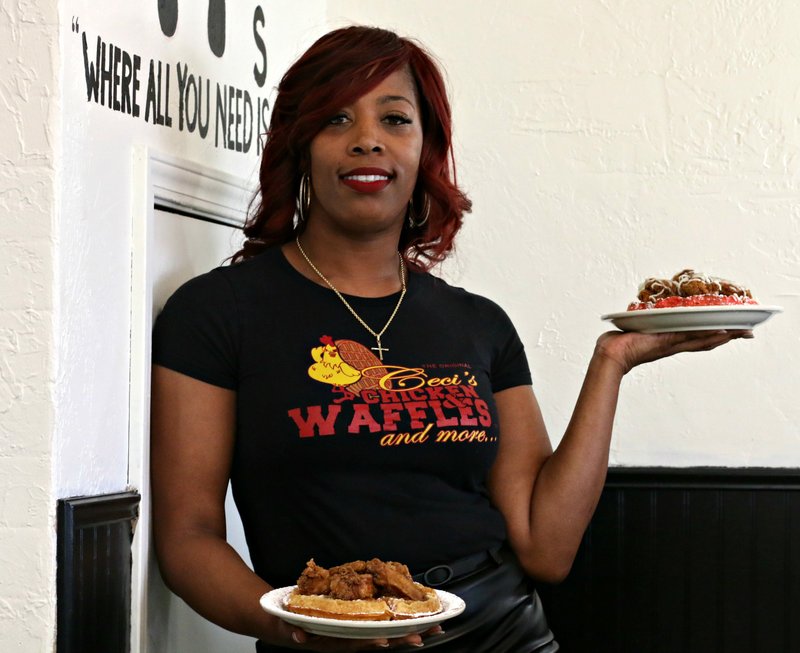 CONWAY — Ciceley Mcdowell opened her chicken and waffles restaurant with only $300. It took her only a year-and-a half to outgrow her original space.

Raised in Little Rock, Mcdowell grew up around entrepreneurs, including her grandfather, who catered events for the Governor's Mansion during a span that started during Francis Cherry's tenure and ended during Bill Clinton's time in office.

She operated a nail salon for more than a decade, and it wasn't until she catered her own birthday party at Power Ultra Lounge in downtown Little Rock that the idea of opening her own place took root.

“At the time, the person who was running the spot told me he liked my food and the presentation of it. ... I actually tried to help him get something going, but it didn't work out," she said.

In late November of 2015, she decided to do it herself — but she was several months behind on rent and had only $300.

“Some people would consider that as a dark spot in their life but I use my light. It was my mustard seed," she said.

She found "an old shaggy building" at 324 E. 13th St. in North Little Rock, and with the help of her church, family and friends, opened Ceci’s Chicken & Waffles.

After a year-and-a-half, she outgrew that location ("It only sat about 40 people," she says) and moved the eatery to 1600 Dave Ward Drive in Conway.

The restaurant puts her spin on the recipes she grew up with, Mcdowell said. The menu features chicken & waffle combinations that include caramel pecan, red velvet, Oreo, and Cinnabon flavors and plenty of Southern food staples.

The 42-year-old is a single mother of two children and said it has not been an easy ride. It took her more than a year to find a chef to support her in the kitchen: her brother-in-law.

“Before I had to wear so many hats; I had to be the cook, manager, accountant and more. I was overwhelmed," Mcdowell said, adding that she still doesn't have enough capital to extend the eatery's hours or hire additional staff.

She thinks the lack of starting funds is a barrier for many, especially those who come from low-income and minority communities.

"That is why you see so many franchises — so many McDonald's, Wendy’s, and Sonics — because they do have that capital.”

But, Mcdowell added, she's trying to do more than make money; she's also trying to "feed the soul."

She recently launched Ceci’s Chicken & Waffles: Feeding the Soul Empowerment, a program in which young women have the opportunity to enjoy a meal and receive mentorship from other women of color who are entrepreneurs like herself. In February, she said, more than 70 black female students from the University of Central Arkansas took part.

“I don't mind being challenged because I know with God I can do all things," Mcdowell said. "He won’t give me more than I can handle.”