73 years after his WWII death, soldier to be buried in Arkansas 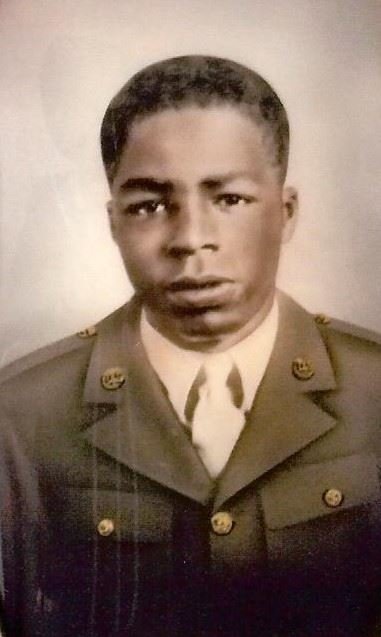 A funeral for Private Rudolph "Rudy" Johnson, who was killed in action during World War II in 1945 at age 20, will be held in Hope on Thursday.

Private Rudolph "Rudy" Johnson, a 20-year-old World War II soldier killed in action in 1945, will be laid to rest in his native Arkansas on Friday.

Johnson, the first of six siblings, was born Nov. 4, 1924, and grew up in Howard County in southwest Arkansas, according to Hicks Funeral Home in Hope. He was living in Malvern with relatives when he was drafted into the Army in 1943.

He was assigned to the 92nd Infantry Division, nicknamed the "Buffalo Soldiers," the only African-American division to see combat in Europe during World War II, the U.S. Department of Defense said in a news release.

Johnson was stationed in northern Italy, where some of the heaviest fighting against German counterattacks took place, the funeral home said. His unit reported that he was missing in action Feb. 6, 1945, and killed in action two weeks later.

In 1947, American Graves Registration Service personnel recovered a set of remains in the area of Lama di Sotto, Italy, according to the Defense Department. They were held in Italy, sent to the Defense POW/MIA Accounting Agency for DNA analysis in 2016 and later identified as Johnson's, the department said.

The body is scheduled to arrive at the Bill and Hillary Clinton National Airport in Little Rock on Tuesday evening, officials said. A plane-side honors ceremony will take place, according to the airport.

A funeral service will be held Thursday at 11:30 a.m. at Hicks Memorial Chapel in Hope, according to the facility's Facebook page. Johnson will then be buried at Arkansas State Veteran's Cemetery in North Little Rock on Friday.