Selfies: Only the nose knows 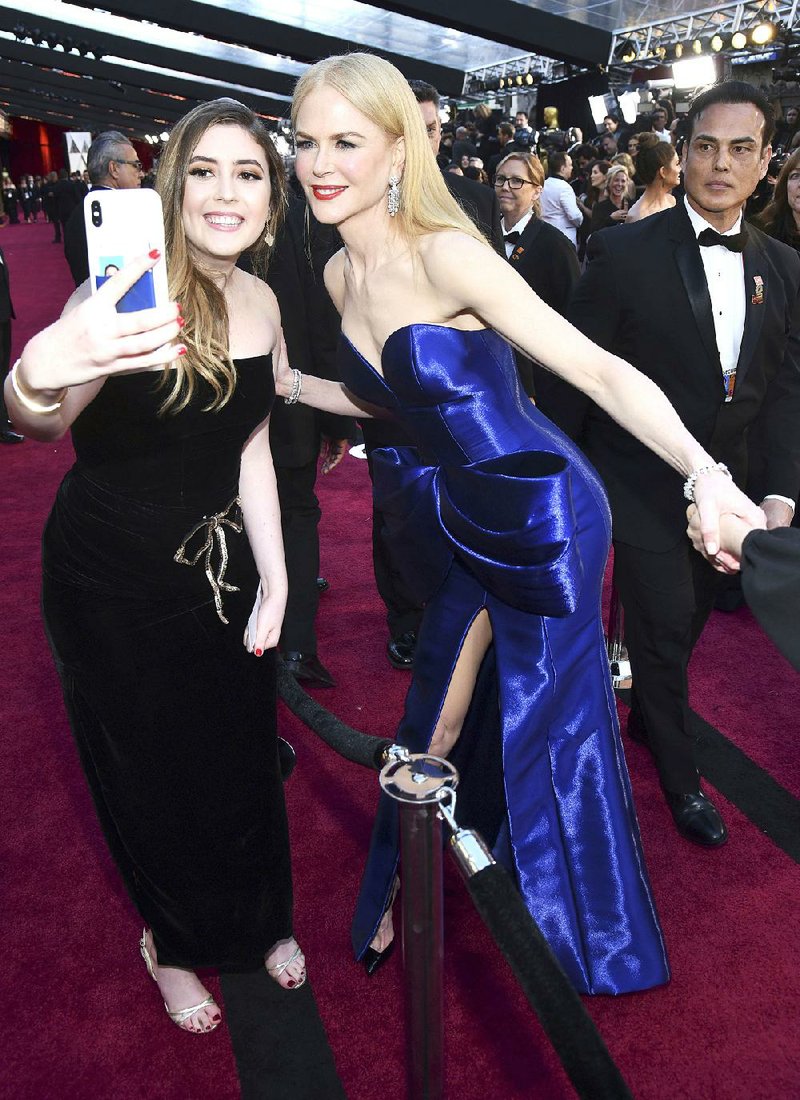 Actress Nicole Kidman (right) takes a selfie with fan at the Oscars earlier this month.

It is the inescapable 21st-century vexation of the vain. Smartphones allow a person to take selfies as fast as the index finger can click, yet from a dismayingly close distance that may leave the subject dissatisfied.

Don't fret, a team of Rutgers and Stanford University researchers says in a new analysis published last week. The culprit is distortion.

Using a mathematical model, the group found that in a selfie taken from 12 inches away, the nose appears 30 percent wider than in a photo taken from 5 feet.

The researchers undertook the analysis because plastic-surgery patients -- who spent more than $16 billion on cosmetic procedures in 2016, according to the American Society of Plastic Surgeons -- often cited their appearance in selfies as justification for getting a nose job.

Boris Paskhover, an assistant professor at Rutgers New Jersey Medical School's department of otolaryngology, wants to set the record straight: "Young adults are constantly taking selfies to post to social media and think those images are representative of how they really look, which can have an impact on their emotional state. I want them to realize that when they take a selfie, they are in essence looking into a portable funhouse mirror."

To calculate the degree of nasal distortion in up-close photos, Paskhover worked with Ohad Fried, a research fellow in Stanford's computer science department. In addition to the 30 percent increase in the apparent width of the nose in selfies, the team also found that the close vantage point made the tip of the nose appear 7 percent wider.

Their findings were published in JAMA Facial Plastic Surgery.

In this social-media-obsessed world, Paskhover, who specializes in facial plastic and reconstructive surgery, is not alone in seeing patients who are unhappy with their selfies.

In a 2017 poll, 55 percent of surgeons reported they had seen patients who sought plastic surgery in order to look better in selfies, the American Academy of Facial Plastic and Reconstructive Surgeons said.

Yet nose jobs, formally called rhinoplasty, appear to be on the wane, according to the American Society of Plastic Surgeons. Surgeons performed 218,924 of the procedures in 2017, down 2 percent from the year before, and down a whopping 44 percent since 2000.

Maybe selfie-snappers are coming to grips with reality.