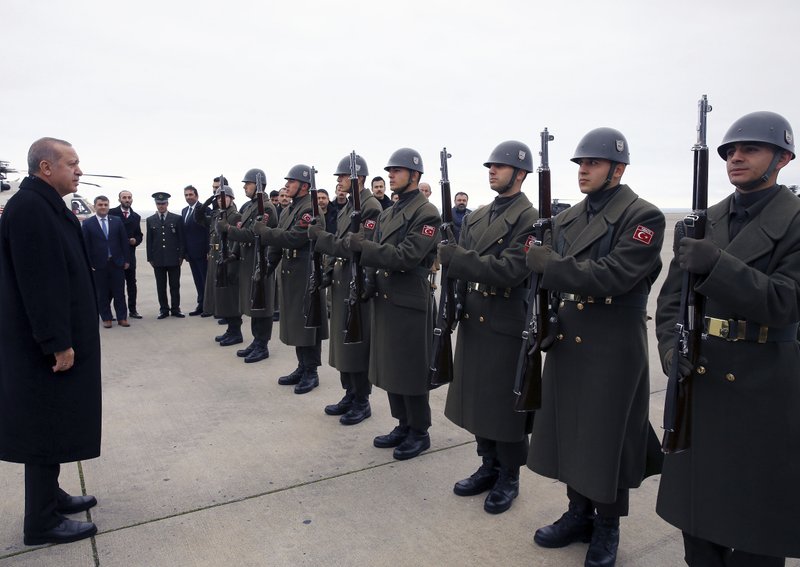 BAGHDAD -- Iraq's prime minister said Tuesday that he has ordered the military to take full control of the country's borders as tensions escalate with Turkey, which is threatening an incursion into Iraq to chase Kurdish rebels.

Turkey's President Recep Tayyip Erdogan over the weekend announced "operations" in Sinjar in northern Iraq to clear the mountainous area of Kurdistan Workers' Party fighters. Erdogan later said that if the Workers' Party fighters do not vacate Iraqi regions of Sinjar and Qandil, it would be "inevitable" for Ankara to remove them.

In a phone call with his Turkish counterpart Tuesday, Haider al-Abadi said his troops will prevent "foreign fighters" from using Iraq for cross-border attacks against Turkey. Al-Abadi's statement said he reassured Prime Minister Binali Yildirim that he rejects any "violation" against Turkey through Iraqi territory.

The Workers' Party, which has been fighting Ankara since 1984 in the southeast region of Turkey along the border with Iraq, maintains bases in northern Iraq for cross-border raids.

Turkey has in the past launched airstrikes and ground operations inside Iraq to rout the rebels. It is considered a terrorist organization by the European Union and United States.

In 2015, the Workers' Party said it sent fighters into Sinjar -- about 75 miles west of the Iraqi city of Mosul -- to help protect Iraq's minority Yazidi people "from genocide" at the hands of the Islamic State militant group, which at the time had overrun large swaths of northern Iraq.

Iraqi Kurdish fighters, known as the peshmerga and backed by the U.S.-led coalition, led the offensive against the Islamic State in that part of Iraq.