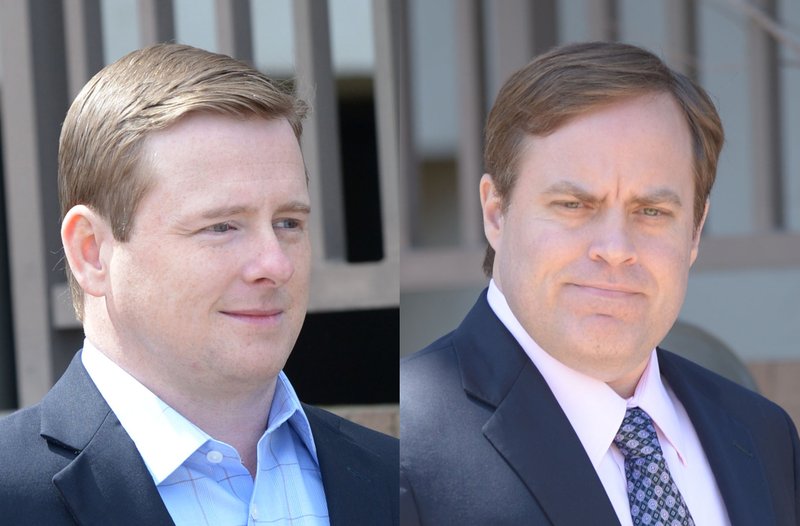 A former Arkansas legislator was convicted Thursday in a bribery scheme in which state funds were directed to nonprofits for kickbacks through a consultant's business.

Woods and Randell Shelton Jr., an Arkansas consultant, were charged in a kickback scheme involving state General Improvement Fund grants and Ecclesia College in Springdale. Woods was also charged in a similar scheme for AmeriWorks, a Bentonville nonprofit.

Lt. Gov. Tim Griffin responded to Woods' conviction, saying it "reminds us that we must demand integrity and accountability from our elected officials."

"it is also a reminder that taxpayers deserve better than the out of control and unconstitutional GIF system we endured for so long,” Griffin added.

Woods and Shelton face up to 20 years in prison on each of the fraud and conspiracy charges. Woods faces an additional 10 years on the money-laundering charge. They may also be ordered to forfeit any money or property obtained through their actions.

In a news release from the U.S. attorney's office, Acting Assistant Attorney General John P. Cronan said that authorities are "committed to preserving the public’s confidence in our government by investigating and prosecuting corrupt public officials and those that help them conceal their crimes.”

Paris pleaded guilty April 4 to one count of conspiracy. He resigned as Ecclesia’s president and from the private, Christian college’s board before his guilty plea. His sentence is pending.

“Abuse of the public trust cannot be tolerated and must be met with severe consequences,” U.S. Attorney Duane Kees said in the news release. "I hope this verdict serves as a warning to all those that have been entrusted with serving the people.”