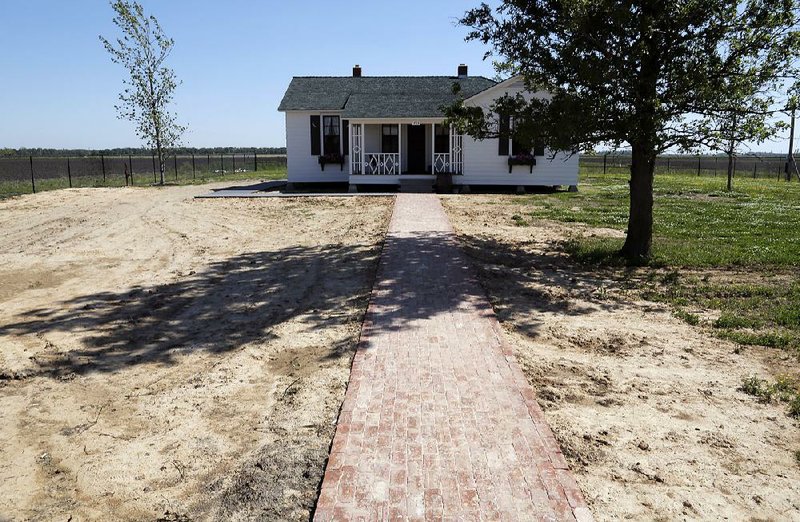 Johnny Cash’s boyhood home in Dyess has been added to the National Register of Historic Places after a second attempt focused more on its influence on the legendary singer’s development as a musician.

Johnny Cash's boyhood home in Dyess has made the National Register of Historic Places.

It was nominated in December, but a National Register historian sent that nomination back to the Arkansas Historic Preservation Program in January saying more emphasis should be placed on Dyess' influence on Cash's development as a musician.

The original nomination focused more on the architecture of the five-room farmhouse, which was built in 1934 as part of the Dyess Resettlement Colony by the Federal Emergency Relief Administration.

But the nomination didn't support the claim of architectural significance, James Gabbert, the National Register historian who reviewed the nomination, wrote to the Historic Preservation Program in January.

"The original nomination form presented a wealth of information about Cash and his family, and simply needed to be tweaked to justify listing it for that significance," Gabbert said Friday. "The property has two separate but related and intertwined areas of significance -- the association with the FERA and the Dyess colony, and the effect that being a part of that colony had on Johnny Cash's development as an artist."

In the title of the original nomination, Cash's parents got top billing: "Farm No. 266, Ray and Carrie Cash Home (Johnny Cash Boyhood Home)."

In the revised nomination, the name was listed as "Farm No. 266, Johnny Cash Boyhood Home."

Besides adding more context concerning architecture, the house was renominated in April under Criterion B, which concerns the lives of significant people -- specifically, the property's association with the early life of Cash and the influence the area had on Cash's later musical career.

In his January letter to the Arkansas Historic Preservation Program, Gabbert wrote: "Currently, there are no properties associated with Cash himself listed in the National Register, although Sun Recording Studio in Memphis is listed (Cash recorded there in his early days). While the National Register generally lists properties under B for their association with the productive period of a person's life, an exception can be made if there are either no extant places left to associate with the person, or if you can demonstrate that the place has had a profound impact on the person's formative years. In the case of the Cash boyhood home, I think that this has been adequately demonstrated."

Mark Christ, a spokesman for the program, said in January that having the nomination returned was "just a speed bump in the process." He said it was "a little bit of bureaucratic cleanup" that would likely result in the house eventually being listed on the National Register.

"It's great that the childhood home of one of America's greatest songwriters and entertainers has achieved national recognition and even better that it has been restored so that people can visit it and walk in the footsteps of Johnny Cash," Christ said Friday.

"People who visit this site typically leave with the comment, 'Now we understand where his music came from,'" Hawkins said. "Clearly, who Johnny Cash became as a person and as a musician was shaped by his time in Dyess."

Hawkins cited two Cash songs as likely having connections to his years at Dyess: Five Feet High and Rising about the 1937 flood, and Pickin' Time.

Cash lived in the house at Dyess from the age of 3 through high school.

ASU owns the house. Hawkins has said Cash's boyhood home wouldn't have qualified for National Register listing until after restoration was finished in 2014.

Hawkins said $575,000 was spent to buy, restore, furnish and landscape the property. That doesn't include the outbuildings or other structures in Dyess, which is in Mississippi County.

Cash, members of his family, and a long list of biographers have referred to his time in Dyess as key to his later musical career, according to the National Register nomination.

In various interviews, Cash spoke of the importance of his early life in Dyess, according to the nomination.

"When we grew up, it was second nature that we wouldn't live in Dyess when we were grown," Cash once said. "It was the aim of every person to get a better job. But if I hadn't grown up there, I wouldn't be what I am now. It was the foundation for what I became."

The Dyess Resettlement Colony was listed on the National Register in 1976, but the Cash house wasn't included then because it was outside the original nomination's boundary, according to the new nomination, which was prepared by four people affiliated with Arkansas State University Heritage Sites: Edward Salo, Elizabeth Johnson, Zach Elledge and Brian McInturf.

In 1935, Ray and Carrie Cash received word that they and their five children -- Roy, Louise, Jack, J.R. (Johnny) and Reba -- were selected as one of 500 farming families to move to the newly established Dyess Colony, according to the nomination. At the time, they were living in Kingsland in Cleveland County.

Eligibility requirements for the Dyess Community required experienced and competent farmers who had lost their farms because of the Great Depression.

"Unlike the smaller houses, the five-room house included an indoor toilet and bath facilities, though it still utilized a well for water and the plumbing fixtures were never operational when the Cash family lived in the house," according to the nomination. "The house also was pre-wired for electricity that arrived at the colony center in the mid-1930s, but to the houses in 1946."

Besides a farmhouse, the colony's families each received 20-40 acres of farmland, outbuildings, a 16-by-24-foot wooden barn with 10-foot sheds on either side of the barn, a smokehouse, a privy and a chicken house. 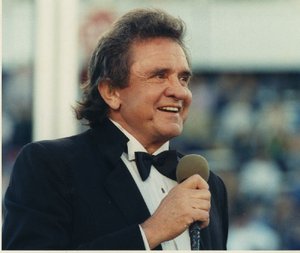 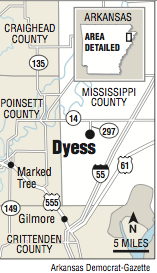 A map showing the location of Dyess.