Homelessness tally omits some people in Arkansas, across country 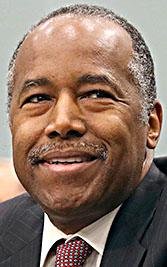 In this March 20, 2018, file photo, Housing and Urban Development Secretary Ben Carson takes his seat before testifying before a House Committee on Appropriation subcommittee hearing on Capitol Hill in Washington.

The federal housing agency's definition of "homeless" excludes children and people who couch surf or double up with friends or relatives, but Ben Carson, the agency's head, said on a visit to Arkansas last week that "if you don't have a home, you're homeless."

"I probably don't want to get into a discussion about the definitions of words at this point," said Carson, who is secretary of the Department of Housing and Urban Development, when asked whether his agency should broaden its description of homelessness.

Asked specifically about people who are doubling up, Carson repeated: "If you don't have a home, you're homeless."

The federal definition of the word -- which determines who is eligible for HUD programs and who is included in the national census of homeless people in the United States -- was last updated in 2012, and critics have said for years that it's too narrow. The definition lists four groups of people:

• Anyone living in a shelter or a place not meant for human habitation.

• People who will "imminently lose" their primary place to sleep.

• Unaccompanied youths or families with children defined as homeless under other federal laws.

• Individuals or families trying to get away from situations involving domestic violence.

The definition has created an uneven census of homeless people in Arkansas because most counts don't include people who are "doubling up," or staying with family or friends, and don't have places of their own.

"That's not all of what homelessness is about in this country, and if we're willing to keep that narrow goal and that narrow definition in mind, we're missing the point," said Kevin Fitzpatrick, a homelessness researcher at the University of Arkansas, Fayetteville. "We're turning our backs on the millions of people in this country that don't have a place to live because they can't afford to."

Fitzpatrick has conducted the biennial homelessness count in Northwest Arkansas since 2007 and arrived at two numbers -- one to report to HUD and another that he says creates a broader snapshot of homelessness. The 2017 census estimated that there were 2,951 homeless people in Washington and Benton counties. The HUD count for the entire state was 2,467 -- 484 fewer than the number Fitzpatrick found for just two counties.

The central Arkansas 2017 count, which covers Lonoke, Prairie, Pulaski and Saline counties, was 990. In past years that count was conducted under HUD definitions, and the Northwest Arkansas count is about three times higher.

If the national standard changed, Fitzpatrick said, the number of homeless people reported in the United States could increase from 553,742 to between 5 million and 7 million.

"If we only want to present homelessness as HUD has defined it, I think that we miss so much of the issue and how it impacts a much larger population in this country," he said.

Ben Goodwin, who was president of the Central Arkansas Team Care for the Homeless for the past two years, said adhering to the HUD definition leaves many single mothers and their children uncounted.

A single mother "is going to try to hide the fact that her kids are homeless because, particularly, she's afraid they might get taken away or they might be victimized by violence," said Goodwin, who is also the director of Our House, the Little Rock shelter that Carson visited last week.

Each school district has a homelessness liaison who identifies homeless students by sending home residency forms at the beginning of the year and talking with parents. Last year, the process revealed 11,052 homeless students in the state. Just over 86 percent of those were doubling up, according to data from the Department of Education.

Fitzpatrick's count includes numbers from the school districts in Washington and Benton counties. He said it helps garner support for homelessness resources and allows advocates to understand the problem.

"We just can't be effective if we don't know what's there," Wilson said regarding the effort to expand Little Rock's count.

City officials are working on a new way to count the area's homeless people, but plans are "very preliminary," Webb said.

Little Rock City Manager Bruce Moore said a few officials will soon attend a training session in Chicago to learn how to more accurately count homeless people. The goal is for the 2019 count to expand beyond HUD guidelines.

"That's going to allow us to, one, know the number and begin to develop the type of resources we need to focus on in this area," Moore said.

Despite inconsistencies and misgivings about the accuracy of the number, Fitzpatrick said it's unlikely the federal definition will change. He called that prospect a "Herculean effort."

"I think the federal government has made it clear that if 'you want to solve homelessness, don't wait on us,'" he said.

"We are right now in a position, particularly in the current administration, where we can't expect to see social services increase. We're left holding the bag on this one." 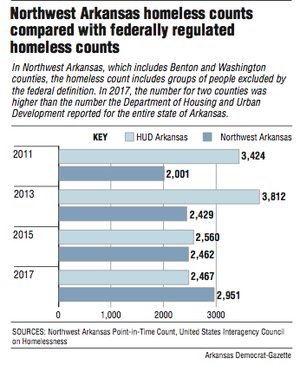 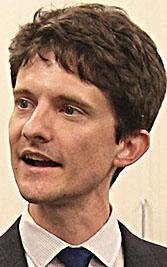 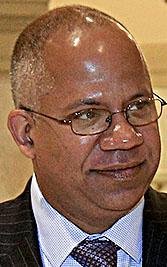