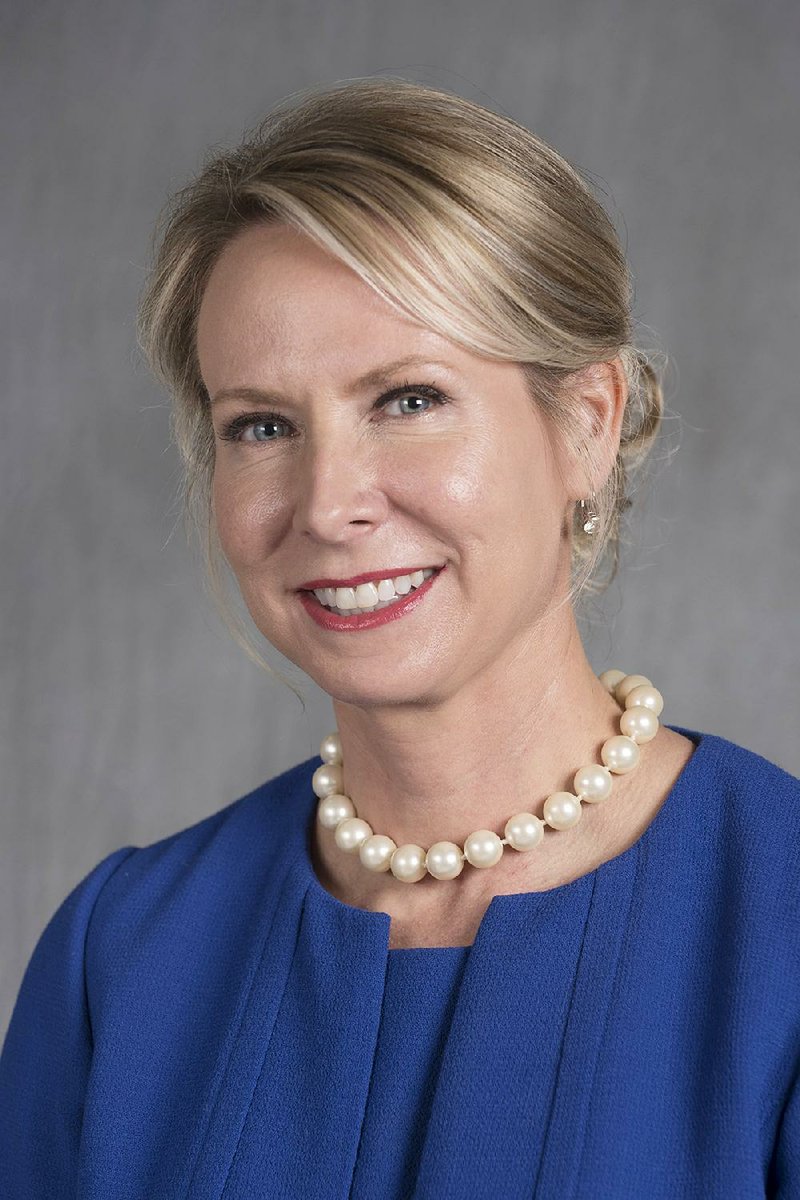 Faced with a blitz of negative 30-second television spots leading up to next week's Arkansas Supreme Court election, incumbent Justice Courtney Goodson filed suit on Monday against several state TV stations in hopes that a judge would yank the ads off the airwaves.

In Washington County, where one of two suits was filed, Circuit Judge Doug Martin issued a temporary restraining order to halt the ads from airing. The ruling affected Nexstar Broadcasting, which has stations in central Arkansas, and Goodson's attorney said she hoped the company would stop airing ads there, too.

In Pulaski County, where the other suit was filed, Circuit Judge Chris Piazza scheduled a hearing for 10 a.m. Friday.

Additionally, Little Rock's KATV station suspended the ads from its airwaves pending the hearing, according to copies of an email sent by Goodson's attorney, Lauren Hoover. The station did not return multiple phone calls seeking comment.

More than $533,000 worth of ads has already been purchased across Arkansas television markets by the Judicial Crisis Network, the conservative Washington, D.C.-based group that is criticizing both Goodson and one of her two opponents, Court of Appeals Judge Kenneth Hixson, according to filings with the Federal Communications Commission.

The FCC filings show the stations directly affected by the restraining order have more than $84,000 in advertising contracts running between now and next Tuesday, the day of the nonpartisan judicial general election as well as party primaries. Early voting is already underway across the state.

The ads targeting Goodson rehash attacks the group has previously made against her -- that she received high-priced gifts from trial attorneys -- while also bringing up a new allegation: that she requested an $18,000-a-year pay raise. Goodson's attorneys call the claims "false, misleading and defamatory."

In court papers filed Monday, her attorneys argue that judicial salaries are requested by the court as a whole and that Goodson cannot say whether she supported the idea of asking for a raise. The lawsuit also says that Goodson recused herself from cases involving donors and gift-givers, and thus they did not receive any benefit from her.

Earlier in the campaign, Goodson responded to the ads with direct appeals to voters in videos posted on her social media accounts. In interviews, she has promised to be more forceful in responding to attack ads after losing the chief justice race to Dan Kemp in 2016. Goodson is in the last year of an eight-year term as Position 3 associate justice; chief justice is another position on the seven-justice court.

As was pointed out in Goodson's lawsuit, Kemp was aided in that 2016 race by ads paid for by the Judicial Crisis Network, which does not reveal its donors.

The third candidate in this year's election is David Sterling, the top attorney with the state Department of Human Services. Sterling denies involvement in the effort by the Judicial Crisis Network.

By filing emergency requests for a restraining order in both Washington and Pulaski counties, Goodson sought a judicial order that would immediately put a stop to the ads.

"I am grateful that the court is giving me an opportunity to be heard," Goodson said, despite expressing "disappointment" at not getting an immediate injunction in Little Rock, the state's largest media market. "I understand that the court's docket is full."

Comcast of Arkansas Inc. and Cox Media LLC were listed as defendants in both suits.

None of the stations returned requests for comment Monday.

A spokesman for the Judicial Crisis Network declined to comment. The organization emailed a reporter a copy of a letter the group's attorneys sent to two Northwest Arkansas TV stations last week, assuring the stations that threats of legal action were "without merit."

"These assertions are absolutely true, and Justice Goodson's campaign does not claim otherwise," said the letter, signed by attorneys Jason Torchinsky and Michael Bayes.

Tougher standards must be met, however, to make the case in court that the Judicial Crisis Network's claims are so fraudulent that people should be blocked from hearing them, an expert said.

"Courts, as a general proposition, are very reluctant to restrain speech in advance," said John DiPippa, the dean of the University of Arkansas at Little Rock's William H. Bowen School of Law, and a professor of constitutional law.

The U.S. Supreme Court has ruled that public officials must prove "actual malice" in defamation cases. For Goodson to prevail in her defamation claim, DiPippa said, she must not only prove that the claims in the ad are false, but that those airing the ads -- the TV stations -- know that the ads contain false information. After reviewing Goodson's suit, DiPippa said her claims were "not frivolous" and that the TV stations should have some responsibility to review the claims being made in the ads they air.

Goodson said she expected the stations to defend themselves on free-speech grounds.

The other target of recent Judicial Crisis Network ads, Hixson, released his own forceful statement Monday condemning "dark money" expenditures. Asked whether his campaign was considering its own legal action, a spokesman said it was not.

"Filing lawsuits against these cowards will only serve to further burden our courts," Hixson said in a statement. "The best way to tell the Judicial Crisis Network to back off of our airwaves is for the people of Arkansas to tell them so on Election Day."

Ads by another Washington group have praised Sterling, who once ran in the Republican primary for attorney general. Sterling has said he has nothing to do with the out-of-state spending, and on Monday he declined to comment on Goodson's lawsuit.

Information for this article was contributed by Hunter Field and John Lynch of the Arkansas Democrat-Gazette.