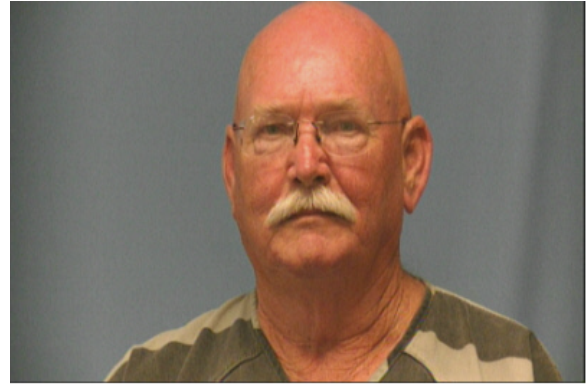 A central Arkansas mayor and school board member told police days before his arrest that he would take away the belongings of a woman who was behind on paying rent to him, according to police documents.

Police said Shannon Hills Mayor Mike Kemp took away the woman's belongings, and he was arrested Tuesday. He was charged with two counts of theft of property, burglary and criminal trespassing.

Residential burglary is a Class B felony, punishable by a minimum of five years and no more than 20 years in prison and a maximum fine of $15,000. Criminal trespassing and the two counts of theft of property are Class A misdemeanors, punishable by up to one year in jail and a fine of up to $2,500.

Kemp, 61, did not return a voice mail left Tuesday afternoon, and a call to the mayor's office for comment went unanswered.

Kemp was elected unopposed to the Pulaski County Special School District board in 2016.

The school district and board were notified of Kemp's arrest Tuesday afternoon, according to a statement from spokesman Deborah Roush.

"Needless to say, we are taken aback and are awaiting further information," Roush said. "We are currently unable to reach Mayor Kemp. The Board will monitor the situation and take appropriate steps if and when it is necessary."

Saline County Circuit Judge Gary Arnold signed off on a warrant for Kemp's arrest Tuesday morning, according to a warrant filed with the Saline County circuit clerk and stamped at 10:10 a.m.

Saline County sheriff's deputies apprehended Kemp about 11:30 a.m. on Allen Drive. The address of the exact location was redacted from the arrest report sent to news outlets.

The sheriff's office conducted the investigation at the request of Assistant Police Chief Tim Dudderer of the Shannon Hills Police Department.

According to the affidavit attached to the warrant, Kemp and two unidentified men entered a renter's house on Friday while her mother was at home and without permission from either of the women.

The men walked into a bedroom and took a 49-inch flat-screen television and a microwave oven and left, the affidavit said.

According to the affidavit, Kemp returned the next day, entering again without permission, while the renter was in bed, made racial comments to her about her children and took a 19-inch television before leaving. He told her if she was not out by Sunday, he would return and take all of her property, the affidavit said.

Police estimated the total value of the three items to be about $850.

Kemp contacted a police officer around noon on Saturday about setting up a meeting to return the renter's property, the affidavit said. The officer contacted told Kemp then that he "could not get involved" with the situation.

The renter told police she was behind on her rent but had been making payments to a business partner of Kemp's. She was never served a notice to vacate, she told police.

"[The] Sergeant ... then informed Mr. Kemp that by law he could not hold the renter's property, to which Mr. Kemp stated 'I don't need to hear that' adding 'We did not talk about renters today,'" the affidavit stated.

Kemp did not appear on the county sheriff's inmate roster Tuesday evening.

Information for this article was contributed by Rachel Herzog of Arkansas Online.