Little Rock man accused of trying to make himself a sandwich at Subway, cutting worker 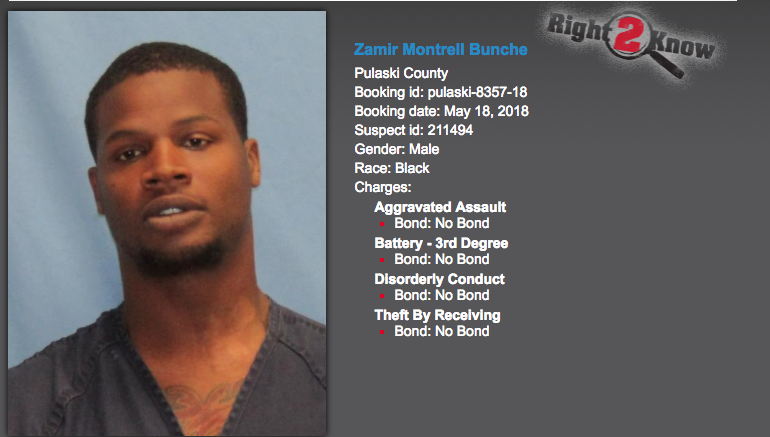 A 23-year-old man was arrested after he went to a North Little Rock sandwich shop, demanded money and assaulted an employee, authorities said.

Officers were called around 2:50 p.m. to the Subway at 4202 Camp Robinson Road, according to a report from the city's Police Department.

A supervisor at the scene told police that a man, later identified as Zamir Montrell Bunche, had entered the restaurant and said he was still owed a paycheck from when he worked at the location six months ago.

The employee said Bunche then told him he was "going to get his money,” walked behind the counter and tried to make a sandwich, according to the report.

According to the worker, a fight broke out after he grabbed Bunche, who was holding a knife. The altercation reportedly lasted for “several seconds” before Bunche was able to get away and ran out the restaurant's front door.

Police noted a large cut on the supervisor's right forearm, but he denied medical attention.

The employee was able to take photos of Bunche's vehicle, license plate and provided authorities with the pictures when they arrived, the report states. Officers said they were able to follow the vehicle to Little Rock and arrested the 23-year-old on Roosevelt Road.

He was charged with aggravated assault, third-degree battery, theft by receiving and disorderly conduct, records show.

The Little Rock resident was being held at the Pulaski County jail in lieu of $5,000 bond as of Tuesday afternoon.