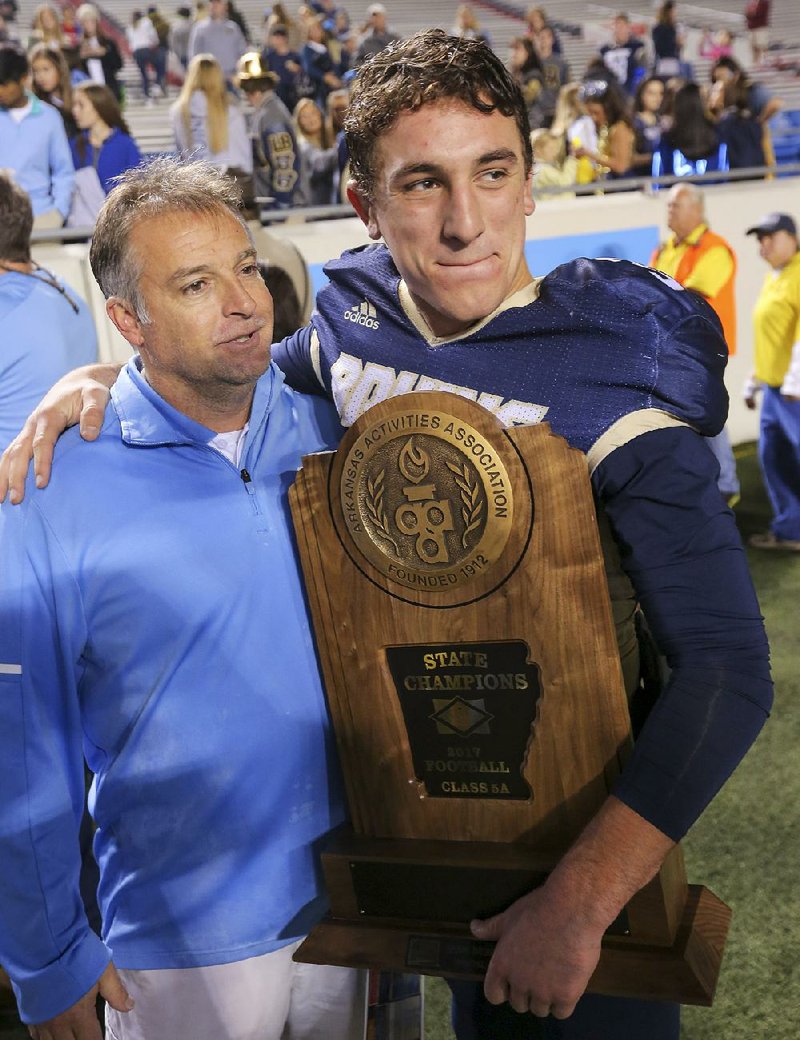 Pulaski Academy quarterback Layne Hatcher has received a scholarship offer from Alabama and will report to Tuscaloosa on Saturday and start classes Tuesday.

He originally was offered a preferred walk-on spot with the Crimson Tide but was ready to report to Arkansas State as a grayshirt.

"It was a surprise for sure," Hatcher said. "I'm super excited about it — to get down there. I'm excited to get down there and be a part of the culture and the tradition they have there and really be under true excellence with the coaches and the players around me."

Hatcher talked to Coach Nick Saban and quarterbacks coach Dan Enos and was told about the offer.

"For awhile, they wanted me to come down as a preferred walk-on, and after that didn't work out, today I got to talk to Coach Enos and Coach Saban, and they informed me about what's going to happen," Hatcher said. "So I'm going to tomorrow."

Hatcher passed for a state record 15,483 yards and 185 touchdowns in four seasons at Pulaski Academy, the last three as its starter.

As a senior, he completed 384 of 531 passes for 5,779 yards with 66 touchdowns and 11 interceptions and lead the Bruins to their fourth consecutive Class 5A state championship and named the Arkansas Democrat-Gazette All-Arkansas Preps offensive player of the year.

Hatcher, who was 41-1 as the starting quarterback for the Bruins, said Friday has been a whirlwind.

"It's crazy — I was thinking I was going to Arkansas State from a month from now to packing my bags tonight and going down tomorrow to Alabama," Hatcher said.

He embraces the opportunity to play for a program that has won five national championships since 2009.

"It's a world-class place, and I'm super excited just because you get to surround yourself around greatness, you're going to be great," he said. "So I'm excited to be around those guys and learn from them and see what I can do."