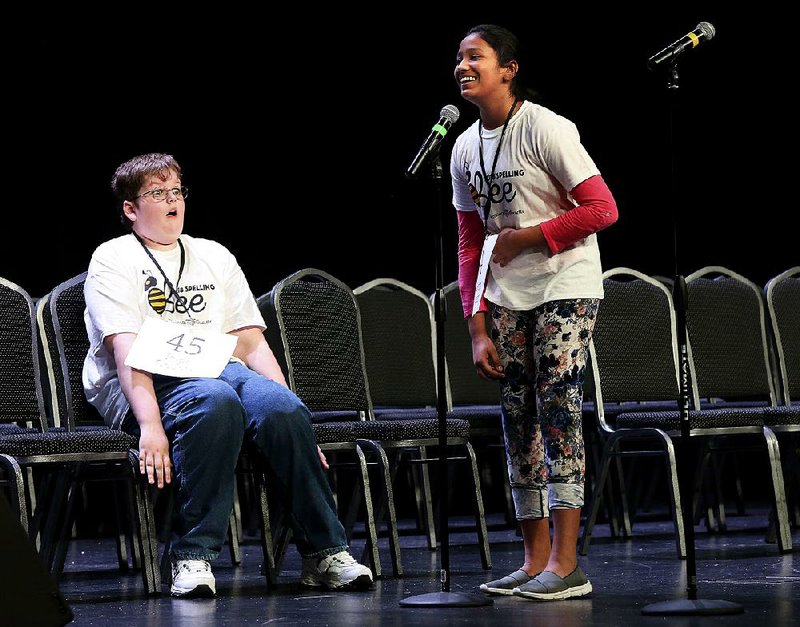 NATIONAL HARBOR, Md. — Three Arkansas students survived their first day at the Scripps National Spelling Bee on Tuesday, correctly spelling the words they were given.

They’ll be back for round three Wednesday.

Dasha, 12, wasn’t flustered by bibliopegy — “The art of binding books.”

Weston, 13, wasn’t tripped up by degringolade — “a rapid decline or deterioration.”

This is the national bee’s 91st year.

The top spellers after Wednesday’s round will advance to the finals Thursday, which are broadcast live by ESPN.

Chittemsetty, a two-time state champion, qualified for the contest by winning this year’s Arkansas State Spelling Bee, sponsored by the Arkansas Democrat-Gazette.

Blalock and Sills earned spots on the stage by entering RSVBee, a new program that gives spellers an alternate route to the national competition.

The Arkansas spellers were in the first group that took the stage Tuesday morning. Of the 104 students on the first panel, 97 got their words right.