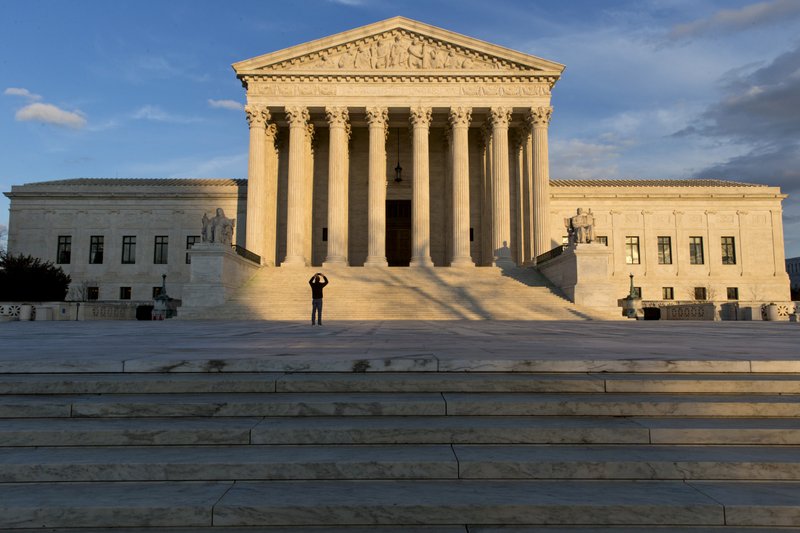 The U.S. Supreme Court's refusal Tuesday to hear a dispute over a 2015 Arkansas law effectively puts an immediate end to pill-induced abortions statewide. It also gives Arkansas the distinction of being the first state in the country to, in essence, ban medication abortions.

In late December, Planned Parenthood asked the nation's highest court to review an 8th U.S. Circuit Court of Appeals ruling that dissolved a preliminary injunction issued by a federal judge in Little Rock. The March 14, 2016, injunction prevented the state from enforcing a new law -- Act 577 of 2015 -- that requires providers of medication abortions to contract with a second doctor who holds hospital admitting privileges.

While legislators said the law was enacted to protect women, Planned Parenthood said its real purpose was to put its clinics -- one each in Little Rock and Fayetteville -- out of business. The clinics have provided medication-induced abortions along with other services such as birth control, cancer screening and treatment of sexually transmitted diseases. The only other clinic in the state that performs abortions -- Little Rock Family Planning Services -- has provided both medication-induced and surgical abortions.

U.S. District Judge Kristine Baker's injunction was allowed to remain in place while the appeal was pending. But with the high court's rejection of the case Tuesday, without explanation, the 2015 law is now set to go into effect as soon as the 8th Circuit issues a mandate returning the case to Baker's court. That could be as soon as today.

Although it doesn't ban medication abortions outright, Planned Parenthood says the law creates an impossible situation that has the same effect. It said no physicians with admitting privileges are willing to contract with its doctors because of the stigma of being associated with an abortion provider.

On Tuesday evening, attorneys for Planned Parenthood filed a motion asking Baker to impose a new injunction, based on additional statistics the 8th Circuit sought, to stop the law's enforcement.

Baker previously ruled that the access burdens created by the law outweighed its safety concerns and that practices already in place at the abortion clinics were sufficient to ensure that patients received continuity of care after leaving the clinic. But a three-judge panel at the 8th Circuit, based in St. Louis, said July 28 that Baker needed to make more specific findings about how many women are likely to be burdened as a result of the restrictions.

The plaintiffs were awaiting the result of their appeal to the Supreme Court before submitting a new request to address the 8th Circuit's concerns. Bettina Brownstein of Little Rock, an attorney for the clinics, said that meanwhile, all pill-induced abortions scheduled in Little Rock and Fayetteville on Tuesday and beyond were canceled, to ensure there is no violation of the 8th Circuit's order.

Stephanie Ho, a doctor at the Fayetteville clinic and the named plaintiff in the case, said there were patients who had to be denied care at both clinics Tuesday as a result of the ruling, though she didn't know how many.

In enacting the law, state legislators cited "an increased risk of complications relative to surgical abortion," including pain, cramping, headache and fatigue. But Planned Parenthood says medication abortion is safe and that major complications are "extremely rare."

Ho said medication-induced abortion, which is brought about by the ingestion of two pills -- mifepristone and misoprostol -- is limited to the first 10 weeks of gestation. She said it and the surgical procedure -- which generally doesn't involve anesthesia -- are both "incredibly safe."

She said the pill method is often chosen because it allows the patient to take one pill at the clinic and the other at home, making it more accessible and comfortable, though sometimes one procedure or the other is recommended based on a woman's medical condition.

Medication-induced abortion is not the same as the "morning-after" pill, which is a form of emergency contraception that is designed to prevent pregnancy up to five days after unprotected sex.

In 2016, 3,207 abortions were performed in Arkansas, 556 of which were medication-induced, according to the state Department of Health. More recent data weren't available Tuesday.

A spokesman for Little Rock Family Planning Services wasn't available Tuesday to say how Act 577's enforcement will affect the clinic. However, in the absence of medication abortions, women who are seeking abortions in Arkansas would have to drive to the Little Rock clinic to have a surgical abortion, go to another state or forgo the procedure.

"Our doors are still open," Ho said Tuesday, noting that the Planned Parenthood clinics will direct patients seeking abortions to Little Rock Family Planning, or if a medication abortion is desired or medically called for, to Planned Parenthood affiliates or other providers in other states.

Brandon Hill, president and chief executive officer of Planned Parenthood Great Plains, which oversees clinics in four states including Arkansas, said Tuesday: "Arkansas is now shamefully responsible for being the first state to ban medication abortion. This dangerous law immediately ends access to safe, legal abortion at all but one health center in the state. If that's not an undue burden, what is? This law cannot and must not stand."

Several state officials also weighed in, but from a different perspective.

"The Supreme Court's decision today was good news for those who are concerned about health and safety in the administration of medically induced abortions," Gov. Asa Hutchinson said. "Not only does the Court's action uphold Arkansas law but it also underscores the importance and necessity of protecting women, as well as the unborn, with common-sense measures."

Attorney General Leslie Rutledge, whose office has defended the law, issued a statement saying: "Protecting the health and well-being of women and the unborn will always be a priority. We are a pro-life state and always will be as long as I am Attorney General."

Lt. Gov. Tim Griffin also issued a statement: "I applaud the U.S. Supreme Court's refusal to hear a challenge to Arkansas' law on abortion-inducing drugs. ... The Court's refusal is a win for women's health, continuity of care for the mother, and protecting the life of the unborn child."

U.S. Rep. French Hill, R-Ark., issued a news release saying, "I commend the Supreme Court today and stand with the people of Arkansas who have spoken through the legislature in support of the pro-life cause and have stated their desire for ensuring access to safe, effective and affordable health care services for women in Arkansas and throughout the country."

Jerry Cox, executive director of the Family Council, a conservative education and research organization based in Little Rock, called the high court's move "very good news for people who care about the safety of women in Arkansas. It's not too much to require an abortion doctor to have a contract that allows him or her to have their emergency patients ... admitted to a local hospital. Women who are bleeding from a botched abortion shouldn't have to drive to the emergency room and admit themselves into a hospital. They deserve better treatment and this good law does that."

Ho said Tuesday that abortions in general have a complication rate of less than 1 percent.

Cox said efforts to seek a new injunction "could delay enforcement, but likely not prevent it."

He also said: "This is a pro-life victory not only for the women of Arkansas, but for women across the nation. I'm sure other states will be looking at Arkansas and considering following our example."

Steven Aden, general counsel for Americans United for Life, which said it is the legal arm of the anti-abortion movement, said the high court's decision not to review the case "has signaled that federal courts still have to follow basic legal procedures, even in abortion cases, when deciding constitutional questions."

He said the 8th Circuit ruling was "strongly grounded in Supreme Court precedent" and required the lower court "to do simple math."

Act 577, also known as the Abortion Inducing Drugs Safety Act, was sponsored by state Rep. Charlene Fite, R-Van Buren, and state Sen. Linda Collins-Smith, R-Pocahontas. Cox said he was pleased to work with the legislators to get the law passed, and that Rutledge deserved special credit for "vigorously and successfully" defending "this good law."

The law is similar to one in Texas that was struck down by the Supreme Court in 2016. The majority of justices in Whole Women's Health v. Hellerstadt found that abortion restrictions that are medically unnecessary and burden women are unconstitutional. The Texas law required abortion doctors themselves to have admitting privileges, which the court majority said placed a "substantial obstacle" in the path of women seeking abortions and constituted an "undue burden" on abortion access.

Planned Parenthood said the cases were "nearly identical," but Arkansas officials said its law is less onerous than the Texas law.

"If this law is allowed to continue, it will be hardest for people who already face barriers to care, including people of color, young people, and those with low incomes," Planned Parenthood said. It also noted that public support for access to safe, legal abortion is at a "record high." 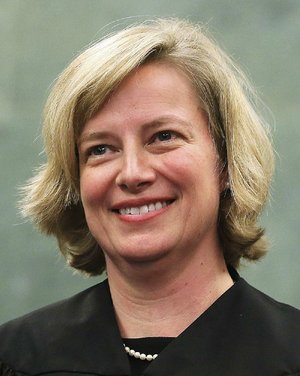