Authorities ID man pulled from Arkansas River after he crashed on I-30 bridge, ran into water 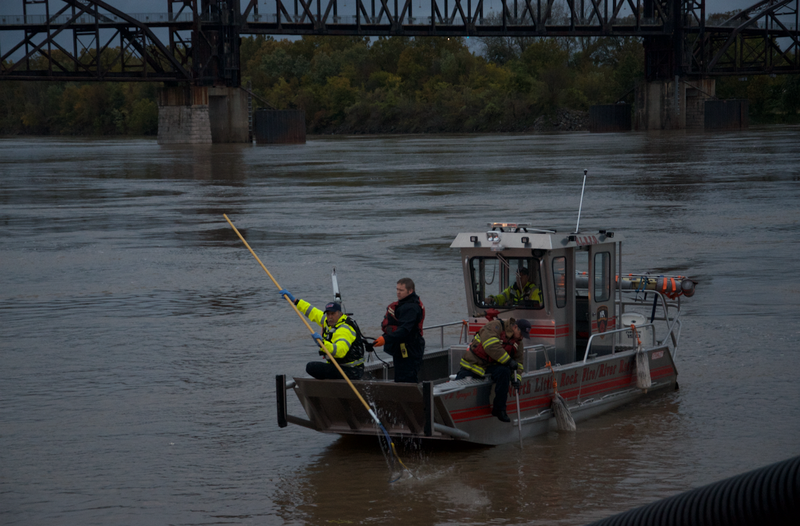 Crews searched the Arkansas River Thursday afternoon for the body of a man who crashed in the westbound lane of I-30, ran to the North River Landing pier and jumped in the water.

Authorities Friday identified the Searcy man who forcibly took his daughter and his ex-girlfriend's car and caused a multi-car pile-up on the Interstate 30 bridge over the Arkansas River before entering the water and dying Thursday.

Clinon Gibson Jr., 42, died Thursday after jumping off the North River Landing pier and into the Arkansas River. Witnesses said Gibson was driving erratically and caused multiple wrecks in the east- and westbound lanes of the I-30 bridge before leaving a 1-year-old girl in the car and running down to the river at approximately 2:20 p.m., Arkansas State Police Sgt. Coty Williams said Thursday.

A woman in Searcy told a police officer just before 4 p.m. that Gibson had taken their child and her vehicle earlier that day, according to a police report. The woman said Gibson was her ex-boyfriend, the report shows. The report was made after Gibson had entered the water.