On Twitter, former state Teacher of the Year Jonathan Crossley posts a photo collage every few days of people he has met while canvassing throughout Sherwood, Jacksonville and North Little Rock, where he is running for a state House seat.

Crossley says he has knocked on more than 6,000 doors.

It took 6,100 votes for the current representative of House District 41, state Rep. Karilyn Brown, R-Sherwood, to win her first comfortable victory to the seat in 2014.

In 2016, she was unopposed for her current two-year term.

Because of the district’s suburban characteristics and Crossley’s resume and enthusiasm, Democrats view the district as one of their best opportunities in 2018 to flip a legislative seat. In an interview, Brown acknowledged that Crossley was a strong challenger.

“I applaud his energy, which he seems to have a lot of,” Brown said.

But she said the district, about a 15-minute drive from downtown Little Rock, is more in tune with her own conservative views.

Crossley said that “some folks bring those up as key issues,” but most were more concerned about education and access to health care. (He said he’s not for banning abortion and supports “common-sense” gun regulations.)

“This is not the Trump against Hillary race, this isn’t a Clarke Tucker vs. French Hill race, this is a race in and of itself that I think is more indicative of Arkansas overall,” Crossley said. “This race will be won at the doorsteps.”

Brown had a similar philosophy when she first ran for the district in 2014. Then a member of the Pulaski County Quorum Court, Brown touted her own campaigning prowess in newspaper articles. But she said she has had less time to campaign this year, after her husband, Larry, died in August.

The daughter of a military family, Brown, 71, said she has lived in Arkansas for 41 years. She suggested that she is more familiar with the state — and its politics — than Crossley, 30, who was born in Gaffney, S.C.

Brown said she has worked various careers, including as a technical writer and scientific researcher, and in various state agencies.

“All that experience comes to a head when you’re meeting with department heads and in committee meetings,” Brown said.

Crossley first moved to Palestine, a town in eastern Arkansas, in 2010 to teach high school English as part of the Teach for America program.

Three years later, he was named Arkansas’ Teacher of the Year and given an advisory position on the state Board of Education. He later moved to Jacksonville to become the principal at Little Rock’s Baseline Academy elementary school, a position he resigned from earlier this year to focus on his campaign.

“Let’s re-imagine a high school diploma,” Crossley said in a recent interview, before scurrying through his proposal, which would see every one of the state’s high school graduates finish school with either a technical certificate or go on to complete at least two years of community college, all within the next decade.

Asked how he would implement such a plan, Crossley conceded it “might be longer than 10 years,” but added, “The basic idea is you partner with local chambers of commerce, K-12 systems, two-year systems, four-year systems and create strategic community plans.”

Brown said she was skeptical.

“He uses the term ‘bold ideas,’” Brown said. “None of his literature proposes any specifics.”

Crossley said there are specific grounds on which he disagrees with Brown over policy. He pointed to Brown’s vote against Act 666 of 2017, which made certain supplies purchased by teachers tax deductible, something he supports.

Crossley also said that while he supports charter schools generally, he opposes expanding the number of charters operating in the state until there’s more “collaboration” between traditional public school districts and charters.

Brown said she could not remember the specific conversations surrounding the legislation that became Act 666, but looking at the bill Friday, she said she likely had concerns about the types of expenses it covered, which included food and clothes purchased for students.

“I just don’t understand teachers needing to buy clothing for their students,” she said.

However, Brown said she favored giving options to students and parents that Crossley opposes, including the continued expansion of charter schools and allowing parents to use their state tax dollars to pay for tuition at private schools.

After taking over leadership of Baseline before the 2015-16 school year, Crossley received much praise — including a laudatory editorial from the Arkansas Democrat-Gazette — the next year when the elementary school was taken off the list of academically distressed schools in Little Rock. Since that first year, students’ ACT Aspire test scores in math and reading have fluctuated, and in some cases dropped by more than two-thirds.

“It’s really difficult to teach and lead in schools that are the most underserved,” Crossley said. “It makes me question if Rep. Brown has what it takes to work in an underserved school.”

Baker Kurrus, who was the superintendent of the Little Rock School District during Crossley’s first year, called Crossley a “superb leader.” Kurrus is running for mayor of Little Rock, a nonpartisan race.

Crossley also added that he felt the race had been largely devoid of “negative politics,” with the exception of a few mailers sent by the Republican Party of Arkansas. Brown — who said she hadn’t criticized Baseline’s test scores while campaigning — concurred. She called Crossley “nice and friendly.”

On other weighty issues at the state Capitol, the candidates had less to disagree on.

Brown has voted in favor of funding for Republican Gov. Asa Hutchinson’s revamped version of the state’s private-option Medicaid expansion program, known as Arkansas Works, and also voted in 2017 to add a work requirement for the program.

Crossley said he also supports funding Arkansas Works, though he questioned whether enough was being done to help people subject to the work requirement get jobs.

If re-elected, Brown said she would “like to cut more taxes and regulation,” and supports the governor’s plan for a $192 million income tax cut.

Crossley said he would first “seek better counsel” before voting on the plan.

Democratic leaders in the House — who hold 23 out of 100 seats — have questioned whether state government can afford another tax cut, after having already cut income taxes twice under Hutchinson. Crossley said he had similar concerns whether the cuts would affect education and health care.

The general election is Tuesday. Early voting has already begun. 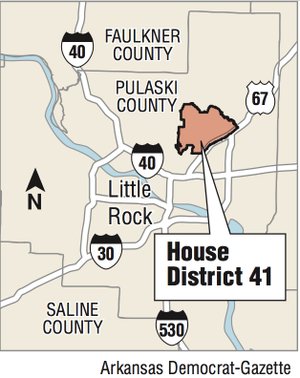 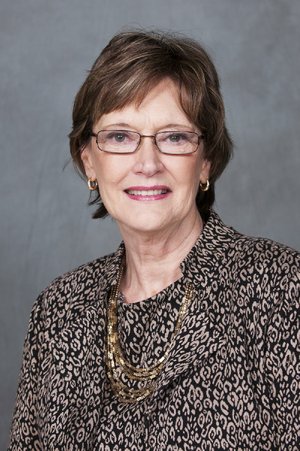 Photo by Arkansas Secretary of State
Rep. Karilyn Brown, R-Sherwood, is shown in this photo. 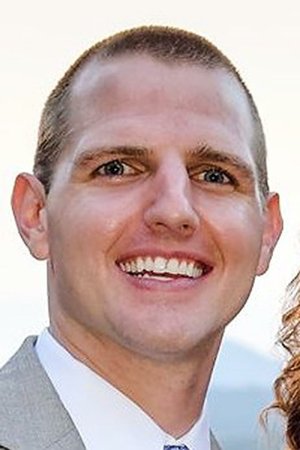