The five used their elected positions and jobs in conspiracies to steal from government programs, federal court records show.

They and at least six co-conspirators carried out public-corruption schemes under the Capitol dome that stretched at least as far as 2010.

• A Capitol lobbyist's bribery conspiracy to benefit executives of a Missouri mental-health treatment company and a Magnolia youth detention center, from at least 2010-14.

• Two legislators' state grants to a private Christian college in Springdale, about 2013-15.

In 2000, Sen. Nick Wilson, D-Pocahontas, pleaded guilty to one count of racketeering after a 1999 federal investigation targeted 10 people, including three other current or former state legislators. The crimes included theft and kickbacks from state programs.

The Arkansas Democrat-Gazette has created a timeline of events that led to today's criminal charges, guilty pleas and convictions. 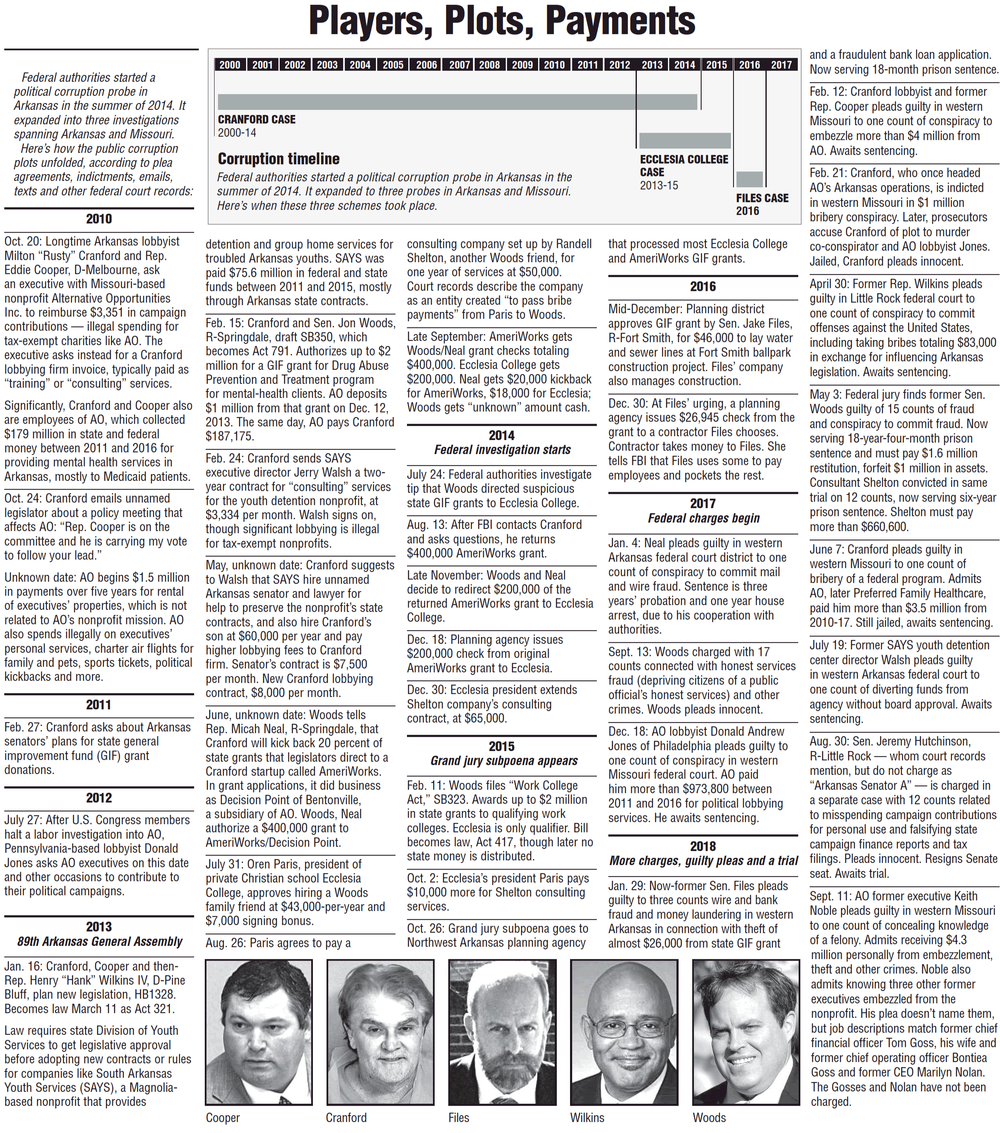