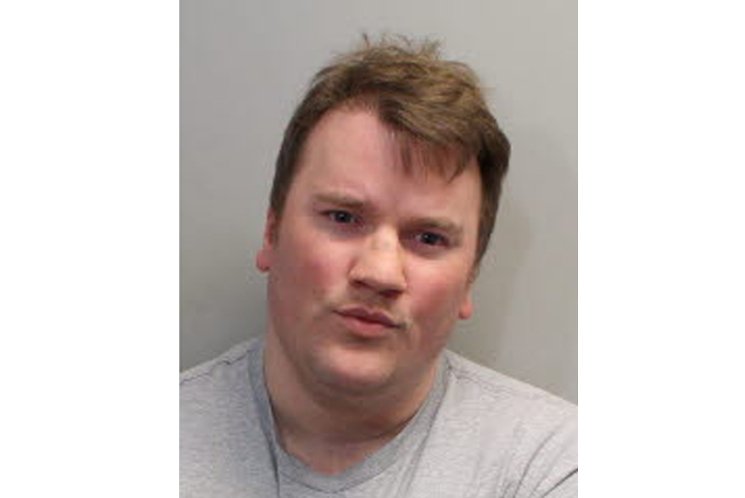 This undated photo provided by Leon County Sheriff&#x2019;s Office shows Scott Paul Beierle. Two people were shot to death and five others wounded at a yoga studio in Tallahassee, Fla., by Beierle, a gunman who then killed himself, authorities said. The two slain Friday, Nov. 2, 2018, included a student and faculty member at Florida State University, according to university officials. (Leon County Sheriff&#x2019;s Office via AP)

TALLAHASSEE, Fla. -- A man trying to stop a shooting attack on a Florida yoga studio said Sunday that he wrestled with the attacker after his gun jammed, a move credited with giving others time to flee the rampage that killed two people and wounded six others.

Yoga student Joshua Quick spoke to ABC's Good Morning America on Sunday and said he grabbed Scott Paul Beierle's gun after it jammed, and hit him.

The Tallahassee Police Department has identified Beierle as the man who posed as a customer to get into the Hot Yoga Tallahassee studio during a Friday night class and started shooting. Police said Beierle, 40, then turned the gun on himself. Authorities have offered no motive in the attack.

Quick said Beierle was able to grab the gun back and then pistol-whipped him.

"I jumped up as quickly as I could," said Quick, who had visible facial injuries. "I ran back over and the next thing I know I'm grabbing a broom, the only thing I can, and I hit him again."

It gave some in the studio time to flee.

"Thanks to him, I was able to rush out the door," Daniela Garcia Albalat told Good Morning America. She was in the class and thought she was going to die. "He saved my life."

Dr. Nancy Van Vessem was an internist who also served as chief medical director for Capital Health Plan, the area's leading health maintenance organization. She was also a faculty member at Florida State and a mother.

Maura Binkley, who grew up in Atlanta and was a double major in English and German, was set to graduate in May.

Beierle was described as a brooding military veteran and former teacher, who appeared to have made videos detailing his hatred of everything from the Patient Protection and Affordable Care Act to girls who'd allegedly mistreated him in middle school. The videos were posted four years ago, and were removed from YouTube after the shooting.

Numerous disturbing details about him have emerged. He'd once been banned from Florida State's campus and had been arrested twice for grabbing women even though charges were ultimately dropped.

Beierle, who had moved to the central Florida town of Deltona after getting a graduate degree from Florida State, appeared to post a series of videos on YouTube in 2014 where he called women "whores" if they dated black men, said many black women were "disgusting," and described himself as a misogynist.

A Tallahassee police spokesman would not confirm or deny the videos were Beierle's. However, the man speaking in the videos looks like Beierle, and biographical details mentioned in the videos match known facts about Beierle, including details of his military service. The poster's YouTube username included the word "Scott," Beierle's first name. The existence of the videos was first reported by BuzzFeed.

A woman who filed a police report against Beierle said she's never forgotten how "creepy" he was.

Courtnee Connon was 18 in 2012 when, she said, Scott Paul Beierle grabbed her buttocks at a Florida State dining hall. She declined to press charges, however.

She learned of Beierle's involvement Friday when a local reporter found her name in a police report and called her.

"I was totally just shocked," she said. "Since then, I've been feeling a little guilt. If I'd pressed charges, would that have stopped him from doing this? How was he not monitored somehow?"

Four years after that, Beierle was arrested for misdemeanor battery after a young woman said he approached her at the swimming pool of a Tallahassee apartment complex, complimented her rear end and offered to rub sunscreen on it, records show. The woman said she declined the offer and, according to an affidavit, Beierle then slapped her on the buttocks and grabbed her.

The top prosecutor for the office that handled Beierle's 2016 charge, William N. "Willie" Meggs, has no personal recollection of that case. However, since the 2012 battery charges were dropped, Meggs said, it would have been routine for Beierle to receive a deferred prosecution deal.

Court records indicate prosecutors agreed to dismiss the battery charge after Beierle completed a six-month diversion agreement requiring him to stay out of trouble, not drink alcohol to excess and to follow a psychologist's recommendations.

Meanwhile, yoga teachers in the Florida capital and the country at large were horrified such a violent act could unfold in a place intended for tranquility and nonviolence.

Some teachers wondered what they would tell their students.

"As an instructor, when you start every class, you ask students to close their eyes to relax, because you're in such a safe space," said Amanda Morrison, a Tallahassee instructor.

The safety of her students is on her mind as she prepares to teach a class today.

"I'm already thinking about locking the doors once class starts," she said.