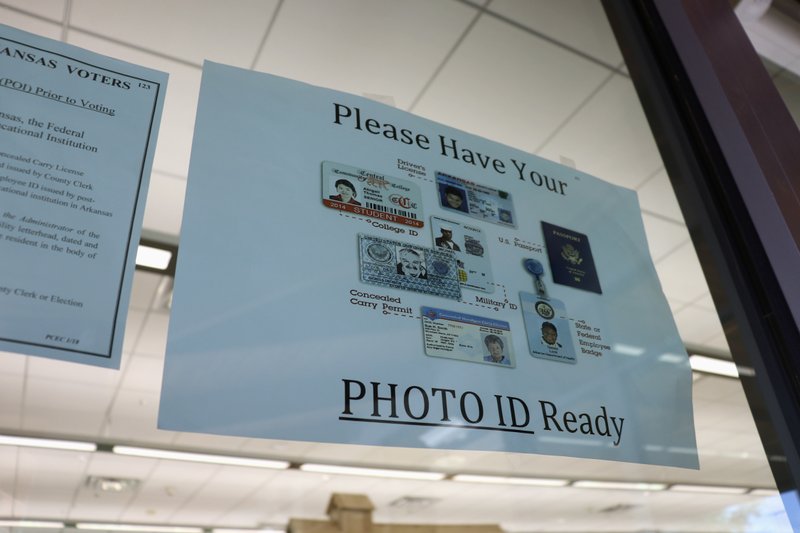 In this May 7, 2018, photo, a sign is posted above the check-in station for an early voting precinct at the Roosevelt Thompson Library in Little Rock warning voters that they will be asked to show an identification card. (AP Photo/Kelly P. Kissel)

Arkansas voters have added to the state's constitution a requirement that photo identification be shown in order to cast to a ballot.

The voter ID constitutional amendment was approved in Tuesday's election. The measure adds showing photo ID to the list of qualifications to vote in the state.

Arkansas already has a voter ID law in effect that was approved by the state's Republican-led Legislature and governor last year. The state Supreme Court last month upheld the measure and said the Legislature had the power to enact such a restriction.

The state Supreme Court in 2014 struck down a nearly identical version of the voter ID law that's now in effect.