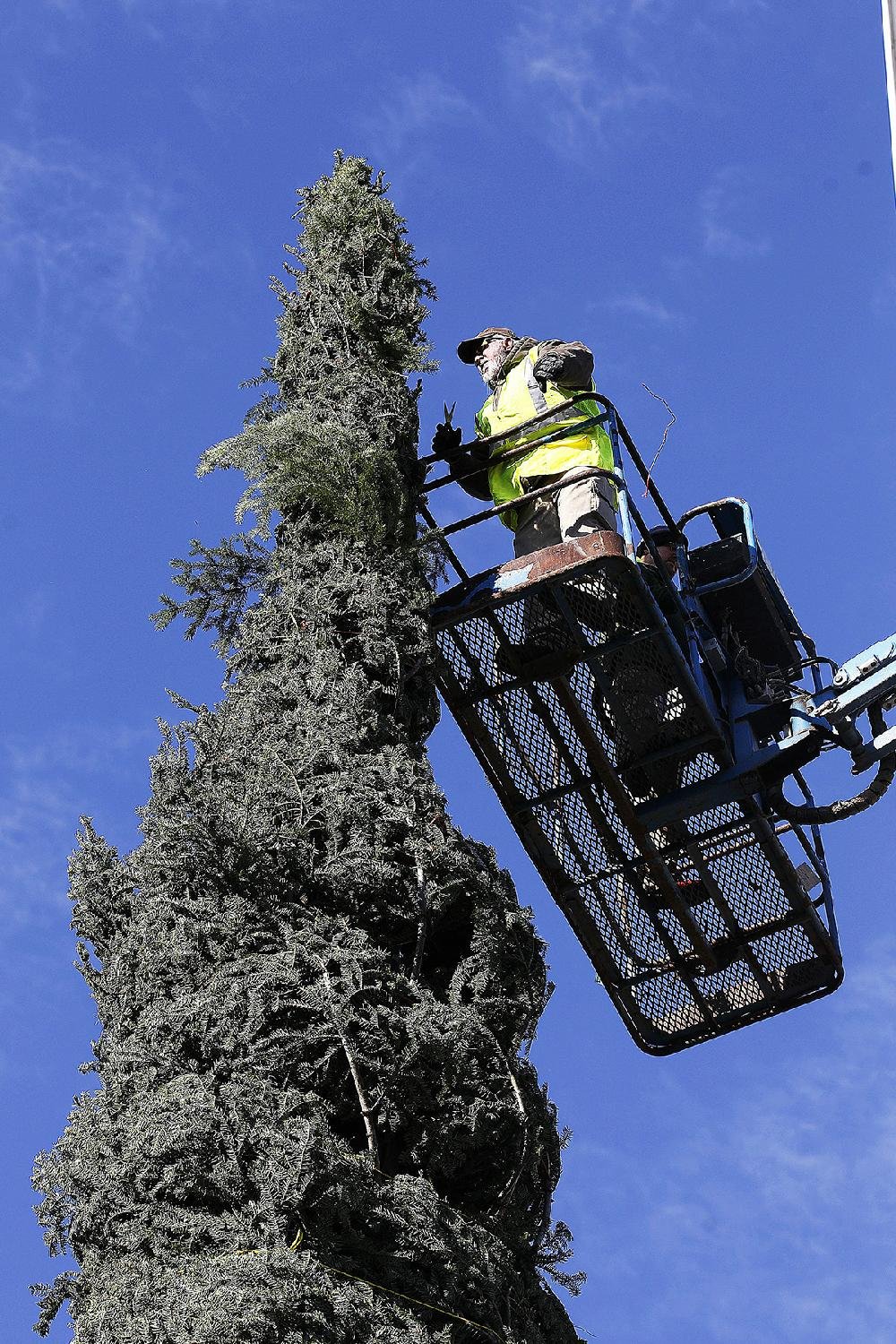 Arkansas Democrat-Gazette/THOMAS METTHE -- 11/10/2018 -- James Short with the Little Rock Parks Department unwraps the 65-foot tall white fir Christmas Tree on Saturday morning, Nov. 10, 2018, at Capitol Plaza in in downtown Little Rock. The tree will be lit on Monday, Nov. 19 at 5:30 p.m. during the Bright the Night lighting ceremony.

The City of Little Rock is preparing to light a 65-foot Christmas tree later this month at its second annual tree-lighting ceremony.

This year's tree, which arrived Saturday from Oregon, is 20 feet taller than last year, the Downtown Little Rock Partnership said in a tweet.

The tree was delivered to Capitol Plaza, on the corner of Main Street and Capitol Avenue, where it was raised and anchored in place.

It will be lit at 5:30 p.m. Nov.19 in a ceremony called "Bright the Night," according to a news release from the organization.

Hot chocolate and cookies will be provided for free from Arkansas Children's Hospital, and a food truck will also be on the scene with light snacks for purchase, he said.

More than 1,000 people attended last year's event, according to an event description.