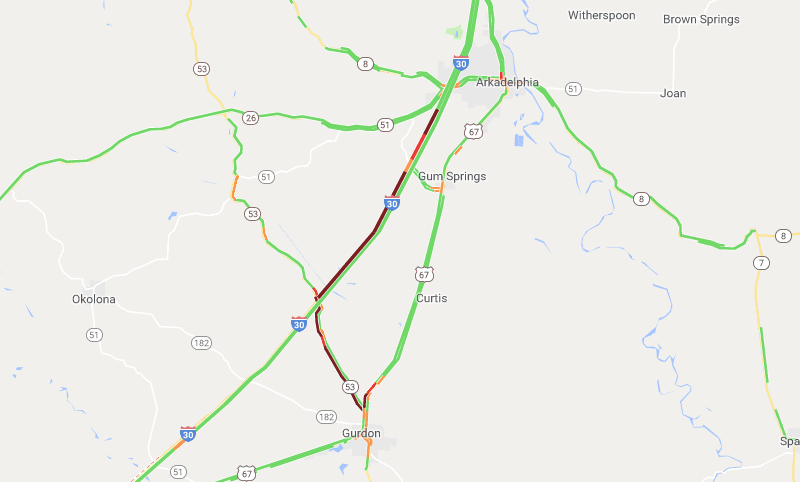 A screenshot of the iDrive Arkansas traffic map around 5:40 p.m. Thursday.

All lanes have reopened after a nine-vehicle accident in the westbound lane of I-30 between Prescott and Arkadelphia brought traffic to a standstill Thursday evening, a state police spokesman said.

Bill Sadler, spokesman for the Arkansas State Police, said troopers responded to a multiple-car accident with two injuries. Sadler said no fatalities have been reported.

The state Department of Transportation wrote on Twitter that traffic was being diverted to the exit at mile-marker 63.

The transportation agency initially wrote that as many as 12 cars were involved in the pileup, but Sadler said there were only nine.