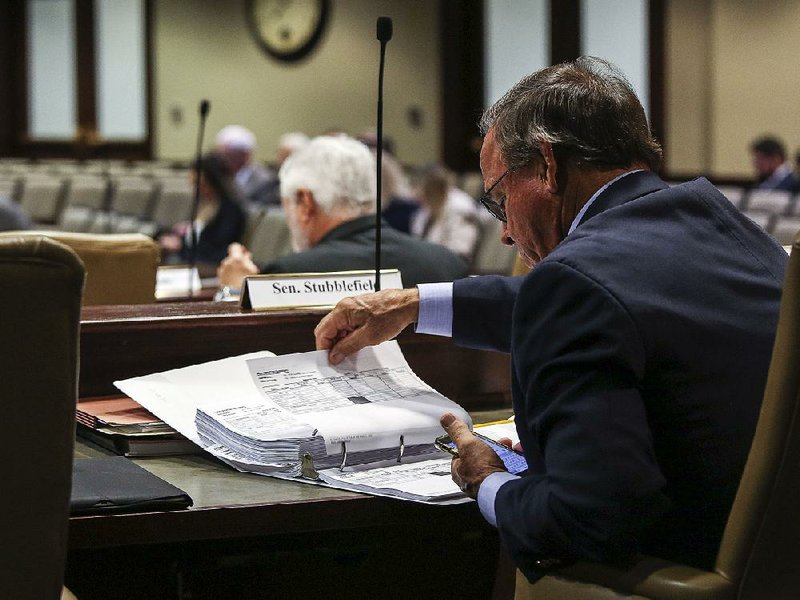 A proposed budget for the Arkansas Supreme Court hit a stone wall Thursday, as some Republicans lawmakers flexed their authority to control the court's spending after months of griping about several high-profile rulings.

The impasse came during a joint meeting of the Legislative Council and Joint Budget Committee, where lawmakers review fiscal 2020 budget proposals ahead of next year's regular session.

A group of Republicans, led by state Rep. Bob Ballinger, R-Hindsville, sought to strip more than half of the spending authority requested by the high court in its proposed $11 million budget, after raising questions about where the money was being spent.

Democrats, joined by some Republicans, sought to move forward with the budget as is.

Neither side could gather enough votes to get the committees to approve their version of the proposed budget. The committees moved on to other budgets.

Afterward, several Democrats told reporters that Republicans were wielding their authority over the court's spending in a retaliatory manner.

Republicans suggested they were seeking to rein in the court.

Garner's tweet followed a post in October in which he threatened "there will be consequences, starting with [the court's] budget," after a 6-1 ruling by the justices that blocked Issue 1, a legislatively referred proposed constitutional amendment, from going before voters in last week's election.

A so-called tort reform amendment, Issue 1 proposed to place caps on attorneys' fees, limit certain lawsuit damages and -- in the provision that raised the most ire from judges -- would have taken rule-making authority over the courts from the Supreme Court justices and given it to the Legislature. Ballinger, who led the inquiry into the court's budget Thursday, was the chief House sponsor of the legislation to refer Issue 1 to the voters.

Both Ballinger and Garner have been vocal about their disagreement with other judicial decisions in the past year, from a Pulaski County circuit judge's decision to invalidate a newly passed law allowing service dogs in court, to the Supreme Court's decision to disallow the Legislature from passing laws waiving the state's immunity from lawsuits.

Speaking to a reporter Thursday, Ballinger at first said his issues with the court's appropriation had simply to do with a lack of understanding among lawmakers as to what the spending was for.

"What it is in response to is our obligation to do our job," Ballinger said. Informed about Garner's postings on social media, Ballinger changed tack: "I do agree with the spirit of the concern behind his comments."

"If you go to [an Arkansas Bar Association] meeting, you'll hear them deride and talk bad about the Legislature," said Ballinger, an attorney. "Every once in a while, a legislator might feel like it's time to basically put some constraints on the court and government, which is obviously our obligation."

"I think these were just moves to try to, in so many ways, show the court that we can be in control of them," said Sen. Joyce Elliott, D-Little Rock. "I think that is grossly indefensible."

Chief Justice Dan Kemp, who acts as the administrator for the Supreme Court, did not attend the meeting. He also did not respond to several requests for comment.

The appropriation in question was a cash fund titled "SC Bar of Arkansas." The court's request in its fiscal 2020 budget is for authorization to spend about $6 million from the fund.

Marty Sullivan, director of the Administrative Office of the Courts, told lawmakers the fund is replenished with annual dues that attorneys pay to the court and does not come from taxpayer funds. Ballinger questioned why the court had not included any data on how the fund was being spent. Sullivan had copies of a breakdown of expenses printed out and handed to committee members during the meeting.

He noted that legislative auditors had conducted routine audits of the fund and found no issues.

Still, Ballinger proposed eliminating all spending authority from the fund before moving on with the rest of the court's budget.

Democrats on the two committees balked, and Sen. Will Bond, D-Little Rock, offered his own motion to move forward with the full requested budget, while "flagging" the cash fund for further discussions during next year's regular session, which begins Jan. 14.

Bond's motion failed to gather enough votes among the House members on the two committees. Sen. Blake Johnson, R-Corning, offered a substitute motion to cut some of the court's authorized spending from the fund, but to otherwise move the budget along. Johnson's motion also failed, as did Ballinger's to eliminate all spending authority.

During the meeting and afterward, several members of the committee said that after failing to move the Supreme Court's budget proposal forward during pre-session budget hearings, lawmakers would draft a budget for the high court during the session.

"We'll get this fixed in January, said Rep. Lane Jean, R-Magnolia, the House chairman of the Joint Budget Committee.

Garner, however, said by phone later Thursday that the high court had "breached the separation of powers" by striking down Issue 1. He said he would continue to raise issues with the court's budget come January.

The budget recommendation being considered by lawmakers Thursday was for fiscal 2020, which begins July 1. The actions by the committee did not affect the court's current budget, which runs until June 30. 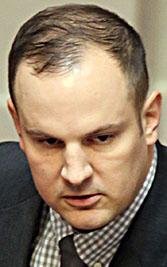 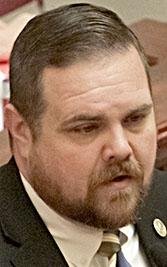 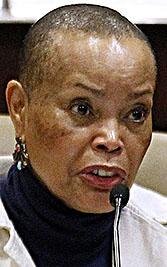 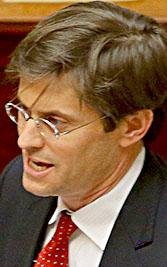 Photo by STEPHEN B. THORNTON
Sen. Will Bond