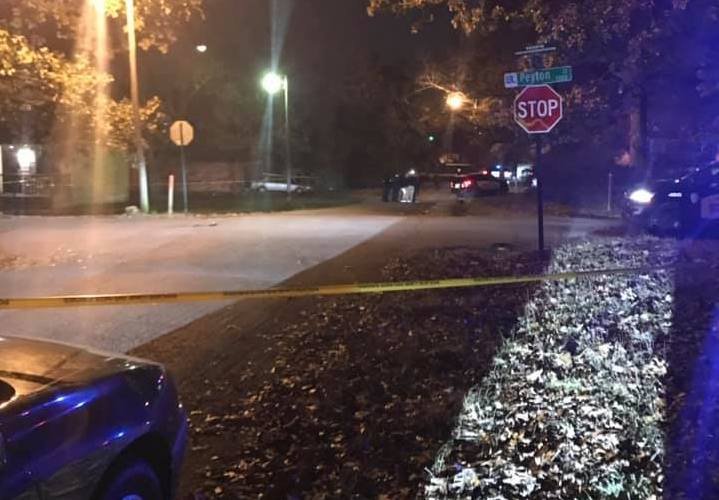 Authorities said they were on the scene of a triple homicide in Little Rock around 12:45 a.m. Saturday.

Three people were killed and a youth was injured in a shooting in Little Rock late Friday night, authorities said.

Officers responded to the 4400 block of W. 14th Street at roughly 10:45 p.m., Lt. Michael Ford, spokesman for the Little Rock Police Department, said. Once they arrived, police found a boy lying outside a home with multiple gunshot wounds, Ford said.

The boy was taken to a nearby hospital, authorities said, but there was no word on his condition Saturday morning.

During their investigation, police also found a car that had crashed into a ditch, Ford said. Inside the vehicle were two women and a male, all of whom had been shot, he said. According to police, the women were transported to a local hospital and later died. The male died at the scene.

The investigation is still ongoing, authorities said. Police are looking for two suspects, but no descriptions have been released. No information on the motive was yet known.

Earlier Friday, police responded to the scene of another homicide just over a mile from the triple homicide.

In that case, officers responded shortly after 3 a.m. to the 3100 block of W. 17th Street to investigate a shooting call, according to a news release from police. Dispatchers had been notified that someone had been shot and was yelling for help.

When authorities arrived, they found 44-year-old Corey Jackson dead in the doorway of a residence, police said. According to police, Jackson appeared to have been shot.

The investigation is still ongoing, police said. No suspects had been named and no arrests have been made at the time of the release.

It wasn't clear if the two shootings were believed to be related.

Authorities were on the scene of a triple homicide in Little Rock early Saturday morning, according to a Facebook post.

The Little Rock Police Department wrote on Facebook around 12:45 a.m. that homicide detectives were investigating three deaths in the 4400 block of W. 14th Street.

No other details were immediately available.