Not yet briefed on killing, Trump says 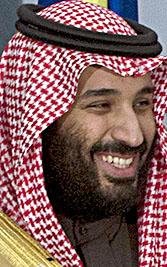 WASHINGTON -- President Donald Trump's administration denied Saturday that it had reached a final determination in the death of Saudi writer Jamal Khashoggi.

"We haven't been briefed yet," Trump told reporters on the South Lawn of the White House before leaving to survey damage from wildfires in California.

But the president had already been shown evidence of Crown Prince Mohammed bin Salman's alleged involvement in the killing, and privately he remains skeptical, Trump aides said. He has also looked for ways to avoid pinning the blame on Mohammed, the aides said.

The State Department released a statement saying "recent reports indicating that the U.S. government has made a final conclusion are inaccurate."

But later Saturday, Trump said that his administration will release a full report in the next two days about Khashoggi's death.

"We'll be having a very full report over the next two days, probably Monday or Tuesday," Trump said. That will include "who did it," he said.

American intelligence agencies have concluded that Mohammed ordered the killing in the Saudi Consulate in Turkey, according to a U.S. official familiar with the assessment. The official was not authorized to discuss the matter publicly and spoke on condition of anonymity Friday. The conclusion was first reported by The Washington Post.

The Saudi government has denied the claim.

State Department spokesman Heather Nauert said in the statement Saturday that the government was "determined to hold all those responsible for the killing of Jamal Khashoggi accountable."

"Recent reports indicating that the U.S. government has made a final conclusion are inaccurate," she said. "There remain numerous unanswered questions with respect to the murder of Mr. Khashoggi. The State Department will continue to seek all relevant facts. In the meantime, we will continue to consult Congress, and work with other nations to hold accountable those involved in the killing of Jamal Khashoggi."

Trump spoke earlier with CIA Director Gina Haspel and Secretary of State Mike Pompeo from Air Force One, press secretary Sarah Huckabee Sanders said. She provided no details but said the president has confidence in the CIA.

Trump told reporters before he left the White House for California that, when it came to the crown prince, "as of this moment we were told that he did not play a role. We're going to have to find out what they have to say."

In his remarks, the president spoke of Saudi Arabia as "a truly spectacular ally in terms of jobs and economic development."

"I have to take a lot of things into consideration" when deciding what measures to take against the kingdom, he said.

The State Department statement noted the administration's recent actions against a number of Saudis, but also cited the need to maintain "the important strategic relationship" between the two allies.

The intelligence agencies' conclusion will bolster efforts in Congress to further punish the close U.S. ally for the killing. The administration last week penalized 17 Saudi officials for their alleged role in the killing, but American lawmakers have called on the administration to curtail arms sales to Saudi Arabia or take other harsher punitive measures.

Saudi Arabia's top diplomat has said the crown prince had "absolutely" nothing to do with the killing.

Vice President Mike Pence told reporters traveling with him at a summit of Pacific Rim nations in Papua New Guinea that he could not comment on "classified information." He said Saturday that "the murder of Jamal Khashoggi was an atrocity. It was also an affront to a free and independent press, and the United States is determined to hold all of those accountable who are responsible for that murder."

The United States will "follow the facts," Pence said, while trying to find a way to preserve a "strong and historic partnership" with Saudi Arabia.

The president's skepticism has put him at odds with the findings of the CIA and senior intelligence officials.

Haspel and John Bolton, the national security adviser, have briefed Trump on the intelligence community's findings, with Haspel offering the various pieces of evidence that show lieutenants of Mohammed were directly involved, according to people familiar with the matter.

In conversations with his intelligence and national security advisers, the president has seized on the question of whether evidence shows that Mohammed "ordered" Khashoggi's death, asserting that his advisers haven't offered him definitive proof. He also has asked CIA and State Department officials where Khashoggi's body is and has grown frustrated that the journalist's remains haven't been found.

But within the White House, there has been little doubt that Mohammed was behind the killing.

"This is a situation where everyone basically knows what happened," said one adviser who talks to Trump often. This person said Trump repeatedly has criticized how Mohammed has handled the situation and has said it is clear they are hiding facts.

The Saudis have offered multiple and contradictory explanations for what happened to Khashoggi since he stepped inside the Saudi Consulate in Istanbul on Oct. 2 to obtain documents for his upcoming marriage.

Once inside, Khashoggi was set upon by a team of Saudi agents who had flown to Istanbul to kill him, according to intelligence assessments by the U.S. and European governments. The team is believed to have dismembered Khashoggi and disposed of his remains.

The CIA analyzed audio recording from inside the consulate, which were provided by the Turkish government, as well as intercepted phone calls, according to people familiar with the matter.

One of those calls was placed by a member of the hit team from inside the consulate to a senior aide to Mohammed, informing him that the killing had taken place, according to people familiar with the call.

The Saudi government has insisted that the prince knew nothing of the operation, which it has blamed on rogue actors who went beyond their authority in a mission meant to take Khashoggi back to Saudi Arabia. Khashoggi had written critically of Mohammed's policy and was living in a self-imposed exile in Virginia out of concerns for his safety in his native country.

"The claims in this purported assessment are false," Fatimah Baeshen, a spokesman for the Saudi Embassy in Washington, said of the CIA findings. "We have and continue to hear various theories without seeing the primary basis for these speculations."

Last week, U.S. intelligence officials briefed members of the Senate and House intelligence committees, and the Treasury Department announced economic sanctions on 17 Saudi officials suspected of being responsible for or complicit in the killing.

Among those targeted for sanctions were Mohammed al-Otaibi, the diplomat in charge of the consulate, and Maher Mutreb, who was part of the crown prince's entourage on trips abroad.

The sanctions freeze any assets the 17 may have in the U.S. and prohibit any Americans from doing business with them.

Also last week, the top prosecutor in Saudi Arabia announced that he will seek the death penalty against five men suspected in the killing. The prosecutor's announcement sought to quiet the global outcry over Khashoggi's death and distance the killers and their operation from the kingdom's leadership, primarily the crown prince.

Trump has called the killing a botched operation that was carried out very poorly and has said "the cover-up was one of the worst cover-ups in the history of cover-ups."

But he has resisted calls to cut off arms sales to the kingdom and has been reluctant to antagonize the Saudi rulers. Trump considers the Saudis vital allies in his Mideast agenda.

The official, Kirsten Fontenrose, had pushed for tough measures against the Saudi government, and had been in Riyadh to discuss a raft of sanctions the U.S. government imposed in recent days against those identified as responsible for the killing, according to two people familiar with the conversations. Specifically, she advocated that Saud al-Qahtani, a top adviser to the prince, be added to the list, and he ultimately was.

The exact circumstances of her departure are murky, and it is unclear whether her advocacy for a hawkish response to the killing angered some in the White House. When she returned to Washington, according to the two people, she had a dispute with her bosses at the National Security Council, where she had served as the director for the Persian Gulf region.

Information for this article was contributed by Deb Riechmann of The Associated Press; by Shane Harris, Josh Dawsey, John Hudson and Anne Gearan of The Washington Post; and by Maggie Haberman of The New York Times. 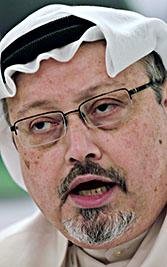 Print Headline: Not yet briefed on killing, Trump says