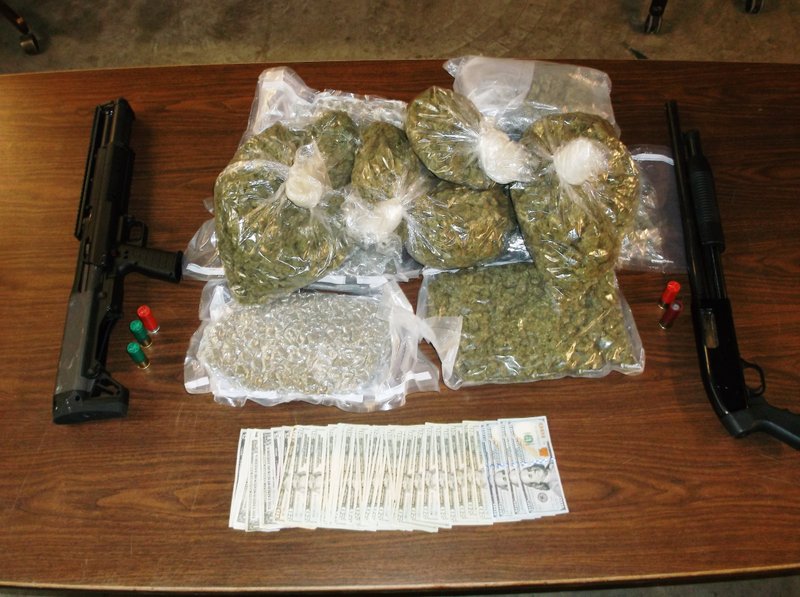 Pine Bluff police confiscated 10 pounds of marijuana during a search of a home Monday.

Authorities said they confiscated 10 pounds of suspected marijuana Monday during a search of a home in central Arkansas.

In addition to the drugs, Pine Bluff police found two shotguns and more than $1,200 cash at the home on Shirley Street, according to a release from the city's police department. Further investigation led to the seizure of two vehicles: a 1977 Chevrolet Caprice and a 2007 Mercedes Benz, the release states.

The homeowner, 29-year-old Deandre Sheppard of Pine Bluff, was arrested after the 5:45 p.m. search, police said. Sheppard was charged with possession of a controlled substance with intent to deliver, possession of a firearm by a certain person and simultaneous possession of drugs and a firearm.

Records show the 29-year-old was booked at 6:10 p.m. into the Jefferson County jail, where he remained Tuesday afternoon on a $50,000 cash bond.