Set in 1989 Berlin on the eve of the wall's collapse and the shifting of superpower alliances, this cool, modern and sophisticated action thriller maintains its elegant appearance and construction throughout, even during its stylishly choreographed fight scenes. It helps that director David Leitch was once a Hollywood stuntman.

Lorraine Broughton (Charlize Theron, glamorous, cold-hearted, absolutely determined in a role made for her), a gorgeous, powerful, fearless, sexy, well-dressed and notoriously self-sufficient lone wolf of a top-level spy for MI6, is dispatched to the city to take down an espionage ring that has just killed an undercover agent who didn't appear to need killing.

The Little Stranger (R, 1 hour, 51 minutes) Slow, spooky, and mysterious, The Little Stranger tells the story of a respectable country doctor (Domhnall Gleeson), the son of a housemaid, who is summoned to treat a patient at Hundreds Hall, home to the Ayres family for more than two centuries, whose inhabitants -- mother, son, daughter -- are haunted by something more ominous than a dying way of life. With Charlotte Rampling, Ruth Wilson, Darren Kent; directed by Lenny Abrahamson.

What Keeps You Alive (R, 1 hour, 38 minutes) A satisfyingly intense and decently assembled suspense mystery in which Jackie (Hannah Emily Anderson) and Jules (Brittany Allen) are celebrating their first anniversary at a secluded cabin in the woods belonging to Jackie's family, where Jackie begins to reveal a previously unknown dark side. Survival battles ensue. With Joey Klein, Charlotte Lindsay Marron; directed by Colin Minihan.

The Captain (not rated, 1 hour, 58 minutes) Tense yet obvious in its pursuit of shock through savagery, this curious black and white drama will nevertheless stick in your mind long after the credits roll. In the last two weeks before the end of World War II, desperate German private Willi Herold (Max Hubacher), fighting for survival after being separated from his unit, finds a Nazi captain's uniform. Using it to impersonate an officer, he has no difficulty in assuming the monstrous identity and harsh version of justice practiced by the brutal perpetrators from whom he is trying to escape. Based on a true story. With Milan Peschel, Frederick Lau; written and directed by Robert Schwentke. Subtitled. 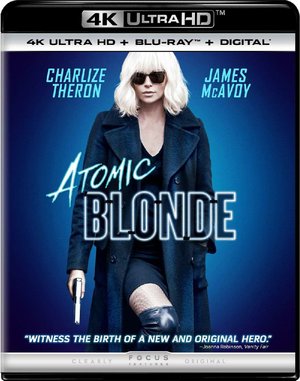