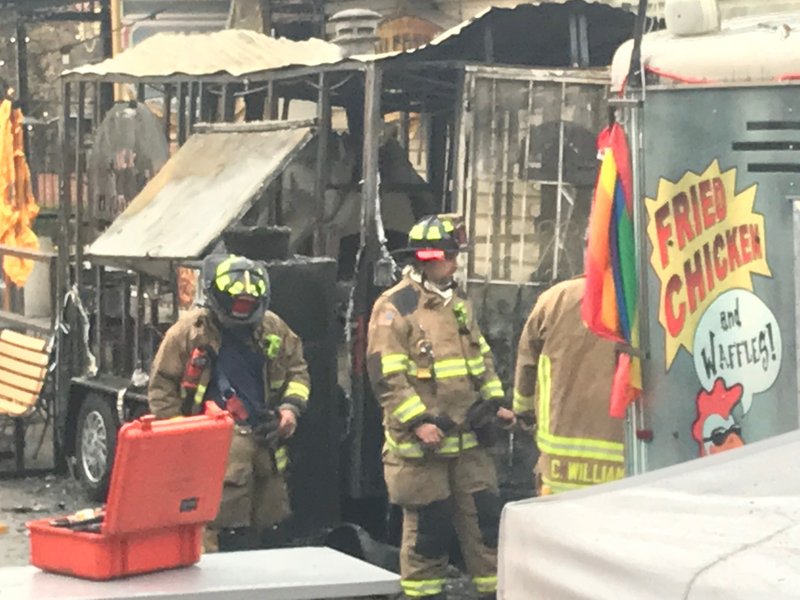 Firefighters tend to the damages at the site of a fire at 400 W. Dickson St. in Fayetteville Friday morning.

Firefighters responded to 400 W. Dickson St. after a call at 6:21 a.m., Battalion Chief Willie Watts said. Flames had already engulfed one of the food trucks at the site, Wicked Wood Fired Pizza, when crews arrived, he said.

No one was injured. Watts said the food truck was a total loss. The YeeHawg building sustained some damage, as did a cargo trailer nearby, he said.

Firefighters blocked traffic on Dickson Street from Locust to West avenues while they worked. The scene was cleared about 7:45 a.m., Watts said.

It is unclear what caused the fire, Watts said. A fire marshal is investigating.