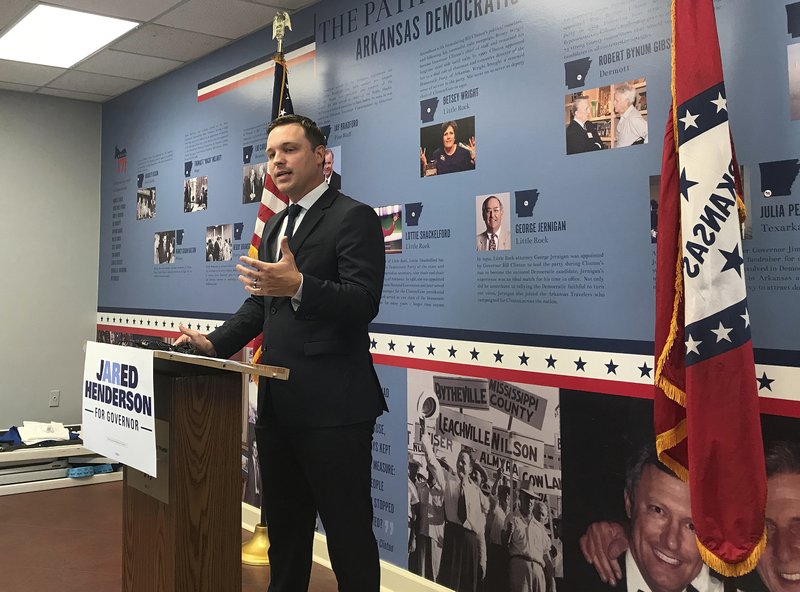 Democratic gubernatorial nominee Jared Henderson unveiled his criminal justice platform Monday, laying out a plan he says will divert thousands of people from prisons and jails in a states with one of the highest incarceration rates.

“We’ll have to make some investments early,” Henderson said of his plan.

Henderson, a former executive with Teach for America, had previously proposed reducing the state’s corrections budget to help pay for teacher pay raises.

Clarifying his stance Monday, Henderson said that in the “worst case,” his criminal justice plan would be cost neutral. The expectation, he said, was that it would save the state money in the long run by keeping people out of prison, and those savings could be spent in other areas.

According to estimates provided by the campaign, Henderson said his plan would reduce the state’s incarcerated population by about 9,300 individuals.

Henderson and Libertarian candidate Mark West are running against Gov. Asa Hutchinson, a Republican who signed legislation in 2016 aimed at keeping parole and probation violators from returning to prison.

The governor also dedicated funds to help open four crisis stabilization units across the state to treat the mentally ill.

Arkansas ranks sixth among states for its incarceration rate of 900 people per 100,000 population, according to the Prison Policy Initiative.