The Firesign Theatre comedy troupe once released an album aimed at upending expectations titled Everything You Know Is Wrong. Such a phrase comes to mind with the arrival of Piano & A Microphone 1983, an intimate recording from Prince’s vast archive of unreleased material.

This is not the Holy Grail of lost or shelved Prince albums — that presumably would have to involve one of his stellar bands such as the Revolution, the New Power Generation or 3rd-eyegirl, collaborators integral to his most fully realized recordings.

But these nine tracks open a window on just how much Prince could pack into a song with just 10 fingers and a voice, with periodic rhythmic assists from his ever-restless feet.

The revelations start with “17 Days,” which previously surfaced in a full-band arrangement on 1993’s The Hits/B-Sides. The solo version here is an eye-opener. For nearly 6 1/2 minutes, Prince sacrifices none of the infectious danceability of that performance. With the tempo bumped up, it feels more energetic. The power he pumps into the piano keys is visceral, and he adds scintillating jazz riffing that fuels and propels the song’s basic two-chord structure. It appears as if he’s still clearly working out the lyrics (“The rain comes down, down, down” is repeated throughout; punctuated with a vocalese rainbow of syllabic accents and interjections.)

“Strange Relationship,” from 1987’s Sign O’ the Times, is full of sultry rhythmic urgency, thanks to his inventive, syncopated piano accompaniment and every-other-beat foot stomps. It’s another demonstration that Prince could have been a world-class jazz pianist.

Moviegoers who have seen Spike Lee’s BlacKkKlansman have had the opportunity during the film’s closing credits to hear Prince’s exceptional reading of the 19th-century gospel song “Mary Don’t You Weep.” It’s a remarkable fusion of gospel, soul and jazz, his liquid falsetto taking the song’s plea for understanding soaring into the musical stratosphere.

The version here of “International Lover,” from 1999, is freer rhythmically, slowed down and more confessional, veering more into the open-ended expressiveness of jazz than the pulsing R&B treatment of the studio version.

A year before “Purple Rain” appeared in finished form as a scorching soul-rock ballad, Prince sat at the piano as if he were in a cabaret in the wee hours that

Frank Sinatra always favored. “Cold Coffee and Cocaine,” one of two unreleased songs, takes the performer back to hard jazz funk, with the artist flashing more great piano licks and an unerring rhythmic drive as he riffs on the two titular subjects in which he

expresses no interest in having. The album concludes with “Why the Butterflies,” still looking to emerge from its formative cocoon, but already rich with rhythm and romantic yearning.

This release is tightly focused and doesn’t fall into a “something for everyone” category. For those who want an unadulterated glimpse into just how brilliant Prince could be all by his lonesome, Piano & a Microphone 1983 delivers a mighty convincing exhibition.

When Josh Groban unexpectedly debuted in 2001, the then-20-year-old, baby-faced, big-voiced opera singer had a musical lane all to himself.

The idea of positioning a young artist to attract older adults with ballads and standards was new. And Groban essentially cornered that market, with his chart-topping, multiplatinum albums Josh Groban and Closer.

These days the adult music highway is mighty crowded with Adele and Sam Smith and all the artists who want to follow them. Groban, who exited for a bit to make his Tony-nominated Broadway debut in Natasha Pierre & The Great Comet of 1812 and to make the impressive 2015 album of show tunes Stages, has returned to find himself in the middle of an adult-pop traffic jam.

His new album sounds like he isn’t quite sure how to get out.

Groban offers a little bit of everything here that made him a superstar. He is still hard to beat when he tackles an operatic piece in full voice, even on “We Will Meet Once Again,” a duet with Andrea Bocelli. His approach on the gorgeous “Musica Del Corazon” is fiery enough to keep up with classical guitar virtuoso Vicente Amigo.

However, he comes up a little short on the more straightforward pop songs. The piano ballad “River” aims for Adele cool, but is slightly off the mark. He fares better on the Sam Smith-sy first single “Granted.” His picks for covers seem a bit predictable, especially on “Bridge Over Troubled Water.” (The deluxe edition of Bridges includes Billy Joel’s “She’s Always a Woman.”) Even Sarah McLachlan’s appearance can’t stop the bludgeoning of Snow Patrol’s “Run.”

It helps make Bridges sound like a wrong turn. The charming Groban, who will certainly make new fans with his Netflix series The Good Cop, needs to loosen up and just head wherever he wants.

Hot tracks: “Musica Del Corazon,” “We Will Meet Once Again” 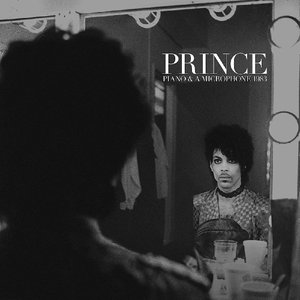 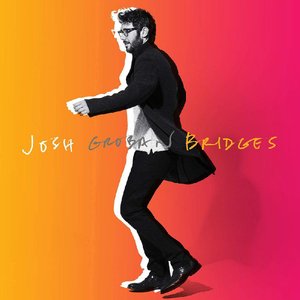