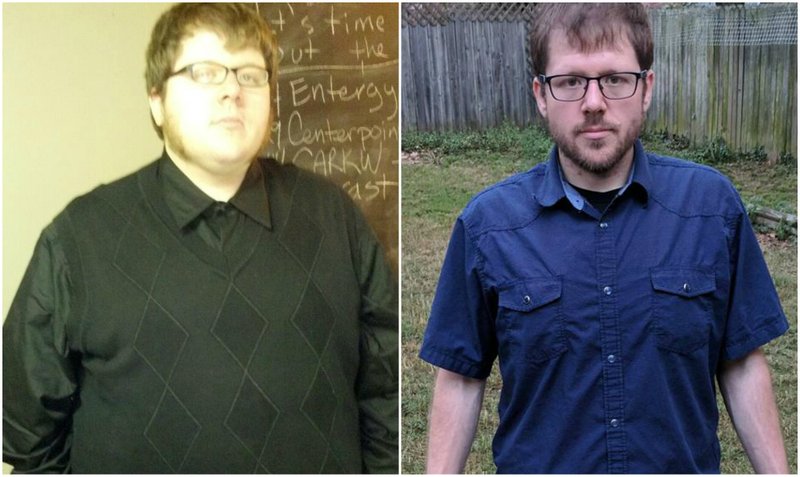 An Arkansas man's 2014 purchase of a nonworking Dance Dance Revolution arcade machine led to him shedding weight and gaining a community of people who love the game.

Christopher “Xopher” Barnett went from weighing 325 pounds — and his doctor warning him about looming health problems — to dancing for hours every day through the game which gives players points based on their ability to perform designated steps.

In 2010, the Gravel Ridge man visited a cardiologist, who told him that if he didn’t lose weight, he’d need a heart transplant by age 50.

Now 37, Barnett said he feels great and “constantly” has energy.

Barnett’s love of Dance Dance Revolution goes back to the early 2000s, when he tried out the PlayStation version of the game at an anime convention. He began regularly playing the coin-operated game at the Aladdin’s Castle arcade in North Little Rock’s McCain Mall.

But around 2004, the mall got rid of the machine, and there weren’t many others around.

“Arcade culture kind of died in America and with it went Dance Dance Revolution,” he said.

Around 2009, the Rave Cinemas Colonel Glenn 18 added a Dance Dance Revolution SuperNova machine, which Barnett played on — the same one that he’d buy a few years later.

Inside the machine, which he got on eBay for $800, he found tokens from the Rave.

It took him a couple of weeks to get the game running, and even longer before he could play for an extended amount of time.

Barnett started dancing about 30 minutes a night, three times per week. He adjusted his diet, cutting down on sugar, soda and bread. Eventually, he was playing two hours a night, every night.

His coworkers noticed the change, though. Barnett weighed himself, and found that he had lost about 30 pounds by late 2014.

Around the holidays that year, his weight spiked and he gained a bit back, he said, but from 2015 to 2017, he kept playing and the pounds kept dropping off.

Whenever Barnett had tried to lose weight previously, with cardio or other exercise, he didn’t notice a change, he said. Playing Dance Dance Revolution, he could tell he was getting better at the game, and the reward he got from watching his scores climb helped him stay on track.

“I still play every day and I’m getting better every day,” he said.

The game’s difficulty rating ranges from 1 to 19, and Barnett said he’s getting perfect scores on songs rated at level 16. He travels to play, competing in Dallas tournaments and is “constantly progressing,” he said.

Barnett has also gained some renown for his experience. When Kotaku, a video game-focused blog, shared Barnett's story on Facebook, readers responded with more than 260 comments and nearly 1,000 shares.

“Losing weight through the game and playing this game has kind of changed my life over the past five years,” Barnett said.