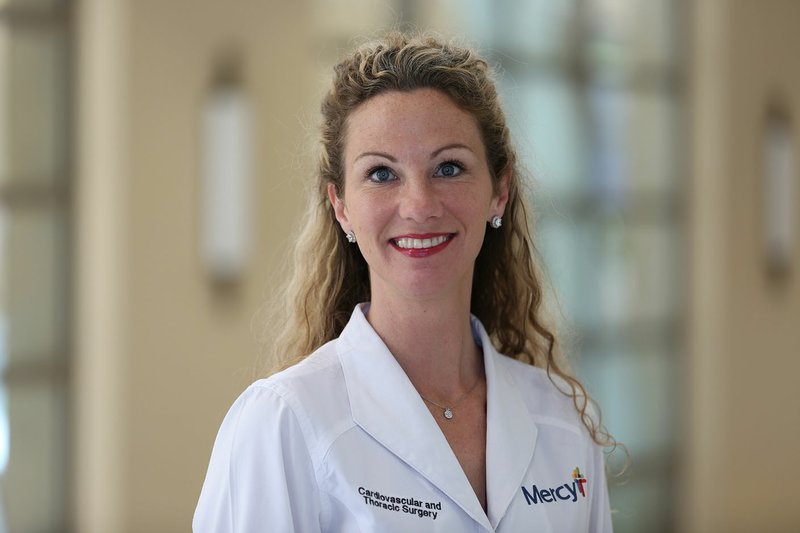 Steve Badger, MBA, FACHE, was named CEO for Northwest Medical Center -- Bentonville. He has more than 20 years of health care experience, most recently as senior operations officer for Utah Valley Hospital in Provo. Badger earned bachelor's degrees in nursing and international relations from Brigham Young University. He also holds an master of business administration with a health care emphasis from University of Phoenix.

Taylor Kelamis, a family medicine nurse practitioner, joined Mercy Clinic Family Medicine -- West Robinson in Springdale. She earned a bachelor's degree in nursing from Johns Hopkins University in Baltimore and a master of science in nursing from Georgetown University in Washington. Kelamis has five years of experience as a registered nurse.

Dr. Tammy Stallings joined Mercy Clinic Primary Care -- Moberly Lane in Bentonville. She earned a bachelor's degree in biochemistry from the University of Arkansas, Fayetteville and a doctor of medicine from the University of Arkansas for Medical Sciences in Little Rock. Stallings completed a residency in pediatric internal medicine at UAMS/Arkansas Children's Hospital and most recently was pediatric chief resident at Arkansas Children's Hospital.

Darryl Fendley, P.E., joined Beaver Water District as plant engineer. Fendley has a bachelor's degree in physics from Henderson State University in Arkadelphia and a master's degree in environmental engineering from the University of Arkansas, Fayetteville. He spent the past six years as director of engineering and product manager for BlueInGreen in Fayetteville. He has also been a design engineer for Garver Engineers.

Cody Hudson, P.E., joined Beaver Water District as environmental engineer. He earned a bachelor's degree in civil engineering from the University of Arkansas, Fayetteville and a master's degree in environmental engineering from the University of Texas at Austin. He is a registered professional engineer in Arkansas, Texas and Oklahoma. He was a water resources engineer for FTN Associates in Fayetteville. Hudson has also been a water resources engineer at Intera Inc. in Austin and a construction engineer with the Arkansas Department of Transportation.

Briefs are for people in Northwest Arkansas who are new hires, were promoted, received an award from outside their organization or received a certification. Email: cswanson@nwadg.com or send your item to: Christie Swanson, P.O. Box 7, Springdale, AR. 72765. Information must be received by noon Wednesday prior to the Sunday the item is to be published.