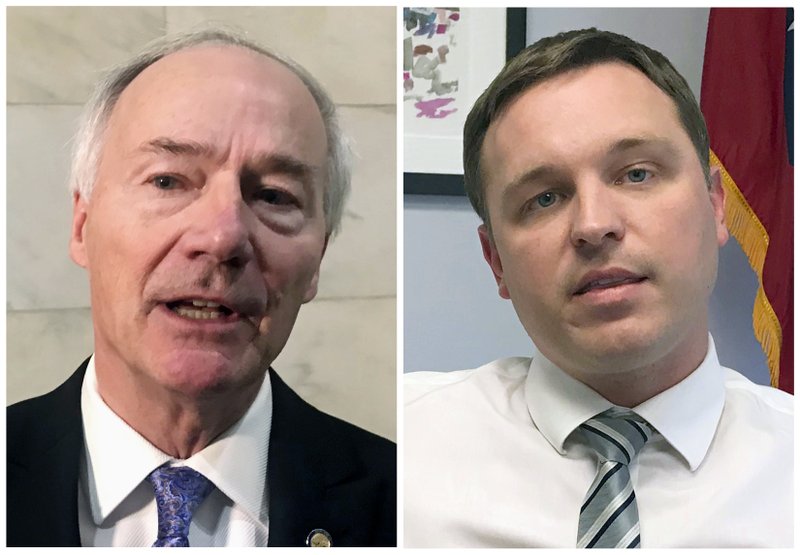 Earlier Wednesday, Hutchinson said in a letter to the party that its roughly $15,000 ad buy exceeds contribution limits and asked that they be pulled down. Hutchinson's campaign says that since it expressly advocates for Henderson's election, the ad is subject to a $2,700 limit as a nonmonetary contribution.