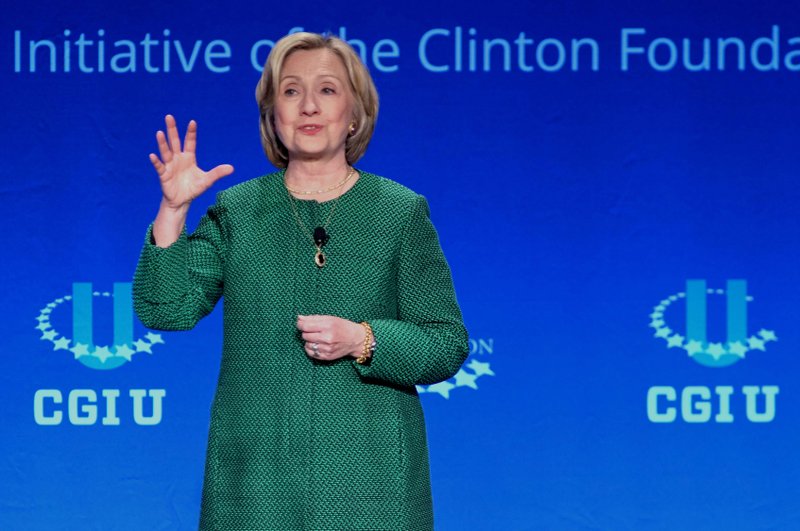 Former Secretary of State Hillary Rodham Clinton speaks at a university conference sponsored by the Clinton Global Initiative at the University of Miami, Saturday, March 7, 2015, in Coral Gables, Fla.

JERSEY CITY, N.J. — Hillary Clinton was seemingly unharmed when the Secret Service vehicle she was riding in was involved in a crash.

The former secretary of state and first lady was headed to a fundraiser for Democratic U.S. Sen. Bob Menendez of New Jersey in Jersey City on Tuesday night. The vehicle pulled into a parking garage, made a left turn and hit a concrete column.

Clinton emerged from the van and walked to the fundraiser, where she was the featured guest.

The Secret Service said no injuries were reported and the Jersey City Police Department is investigating.