At left, a screenshot of the Arkansas Supreme Court's opinion blocking votes from being counted on Issue 1. At right, a file photo of the court.

For the second time in as many election cycles, the Arkansas Supreme Court has blocked efforts to let voters cap lawsuit damages and attorneys' fees, ruling Thursday that Issue 1 on the Nov. 6 ballot falls short of constitutional muster.

The 6-1 ruling by the high court affirmed an earlier ruling by a Pulaski County circuit court judge, who had enjoined the state from counting or certifying any votes for the proposed constitutional amendment.

The majority of the high court held that the various parts of Issue 1 -- which combined caps on attorneys' fees and lawsuit damages with a broad revision of the courts' rule-making authority -- essentially had little to do with one another, and were unconstitutionally rolled into one amendment.

Because early voting begins Monday, most ballots have already been printed and include the issue, a spokesman for the secretary of state's office said. However, votes cast for it won't be counted because of Thursday's ruling.

In 2016, the high court took similar action against a proposed "tort reform" amendment to cap fees and damages in medical malpractice suits, ruling that the wording of the measure was confusing to voters. That measure was placed on the ballot by petition.

Issue 1 was proposed by the state Legislature in 2017. Lawmakers who voted for it expressed "shock" and disappointment Thursday.

David Couch, one of the attorneys who challenged Issue 1 in the case before the Supreme Court, said the ruling sent a message to the Legislature, hospitals and business groups that have sought to limit their exposure to costly lawsuits.

"If they want to just pick on lawyers and lawyers' fees, I don't know if they'll have the appetite," Couch said.

But Carl Vogelpohl, the director of an Arkansas State Chamber of Commerce-backed effort for Issue 1, said proponents of tort reform will continue to pursue the issue.

"Arkansas is still a state that is surrounded by tort reform states that put us at a disadvantage" economically, Vogelpohl said.

Writing for the majority, Justice Josephine "Jo" Hart referred to four different "sections" of the proposed amendment, which she said failed to adhere to a "general subject."

The first section, under Hart's analysis, set a strict cap on attorneys' fees at one-third of total damages. The second section proposed a $500,000 minimum cap on "non-economic" damages and the greater of $500,000 or three times the compensatory award for punitive damages. Both caps could be adjusted by a two-thirds vote of the Legislature.

Hart noted that the amendment included a third section that gave the Legislature the authority to amend or repeal court rules by a three-fifths vote, and a fourth section making various changes to Amendment 80 of the constitution.

"Section 1 limits the rights of private parties to contract for legal services," Hart wrote. "Sections 3 and 4 broaden and diversify the legislature's ability to exert influence over judicial rule-making authority. Section 1 does not operate to support, develop, clarify, or otherwise aid the function of sections 3 or 4 in any meaningful way, nor do sections 3 or 4 offer any such benefit to section 1."

Article 19, Section 22, of the Arkansas Constitution allows the Legislature to submit up to three proposed constitutional amendments to the voters during each election cycle, and the section requires that voters decide on each amendment separately.

The text of Issue 1, Hart wrote, "institutes at least seven individual numerated changes or additions to the constitution."

Justice Rhonda Wood wrote in a concurring opinion that she agreed with the outcome, but she used a separate analysis in which she noted that Issue 1 proposed changes to various different sections of the Arkansas Constitution.

The sole dissenter, Justice Shawn Womack, said the majority had overstepped its bounds by blocking Issue 1 from a public vote.

"If the impact of Issue No. 1 on the courts and on civil litigation would be too expansive, our constitution leaves that decision to the voters of Arkansas to make at the ballot box, not to a majority of this court of seven," Womack wrote.

The campaign for Issue 1 had been the most expensive in Arkansas this year, with millions of dollars raised by business and legal groups on competing sides by the time Thursday's ruling came down. In September alone, issue-oriented campaigns reported spending more than $1.6 million on TV and radio ads.

The most immediate result of the ruling was for campaigns to try to recoup some spending on ad buys and reimburse donors.

"It remains to be seen how much money we will get back," said Vogelpohl. He represented the committee Arkansans for Jobs and Justice that fought for Issue 1.

Arkansas Trial Lawyers Association President Jesse Gibson, who volunteered with the anti-Issue 1 committee Protect AR Families, said the process of sorting through the group's remaining funds would involve "a lot of drudgery and paperwork," but he believes the court made the correct ruling.

However, he said, a vote on Issue 1 might have sent a clear message to legislators if it had failed.

"We had a strong coalition of conservatives and progressives," Gibson said. "From a political viewpoint I wish we had gone to the ballot."

The measure split traditionally conservative bases. While pro-business groups -- including the chamber, health care groups and the trucking association -- led the effort to support the issue, the faith-based Family Council worked against the measure.

On Twitter, state Sen. Trent Garner, R-El Dorado, warned, "there will be consequences, starting with [the court's] budget next week." Lawmakers are in budget hearings this month, getting ready for next year's regular legislative session.

One of the sponsors of the amendment, state Rep. Bob Ballinger, R-Hindsville, predicted that the court's decision will set off a "constitutional crisis," as the amendments enacted by voters in years past face renewed scrutiny for combining multiple elements.

Republican Gov. Asa Hutchinson, who had not taken a public stance on Issue 1, said Thursday that he was surprised by the ruling, though he did not anticipate it would be the end of the policy question over tort reform.

"I would actually expect there to be a debate on that and a consideration on another amendment to be referred to people on the tort reform," Hutchinson said. "As I said, I don't think the battle is over."

In her concurring opinion, Hart seemed to anticipate that viewpoint, writing, "I am cognizant that many other legislatively initiated acts that would have failed this test in the past are now part of the constitution."

But, she added, "They simply were not timely challenged."

Robert Steinbuch, a law professor at the University of Arkansas at Little Rock's William H. Bowen School of Law, also dismissed Ballinger's threat of a crisis, calling it a "political talking point."

"Those [amendments] have been done," Steinbuch said. "Those challenges have passed, there's no challenges that can be brought."

The court has ruled that three other Nov. 6 measures pertaining to casinos, voter identification and the minimum wage may remain on the ballot. A decision is still pending from the court regarding Issue 3, which proposed tougher term limits for legislators. 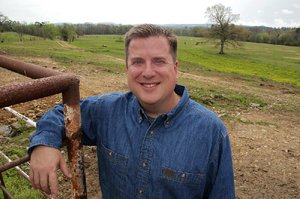 Photo by Democrat-Gazette file photo
Carl Vogelpohl, the director of an Arkansas State Chamber of Commerce-backed effort for Issue 1, is shown in this file photo. 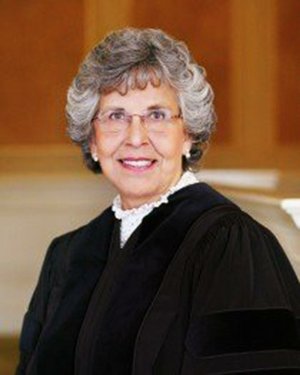