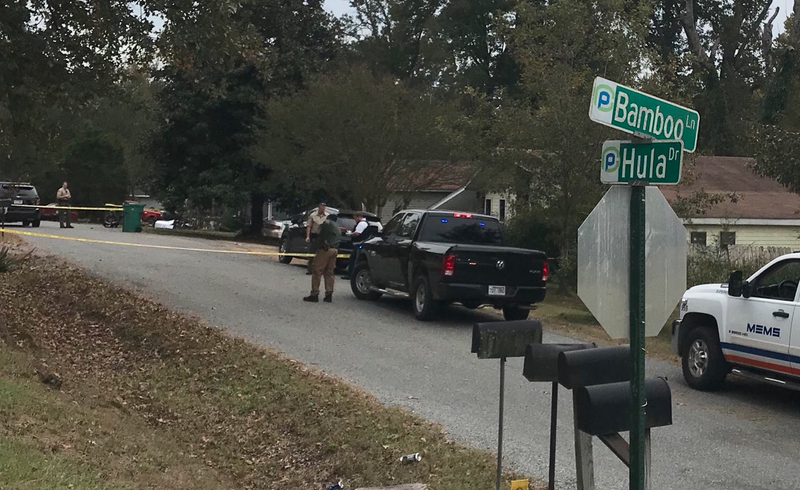 This photo tweeted by Pulaski County sheriff's office Lt. Cody Burk shows the scene of a shooting Wednesday near Sherwood.

Authorities have identified a man accused of shooting a teen Wednesday at a home in central Arkansas.

Derek Shockley, 20, is wanted in connection with the shooting of a 19-year-old man in the torso at a residence on Hula Drive near Sherwood, according to a news release from the Pulaski County sheriff's office. He should be considered armed and dangerous, the release states.

He was last seen traveling north on Batesville Pike Road in a brown or tan Mercury Grand Marquis made in the early '90s, authorities wrote.

The victim remained in serious condition at an area hospital Thursday morning, but he is expected to survive, sheriff's office spokesman Lt. Cody Burk said.