Rapist of girl given sentence of 70 years; child’s mother gets six-year term for permitting abuse 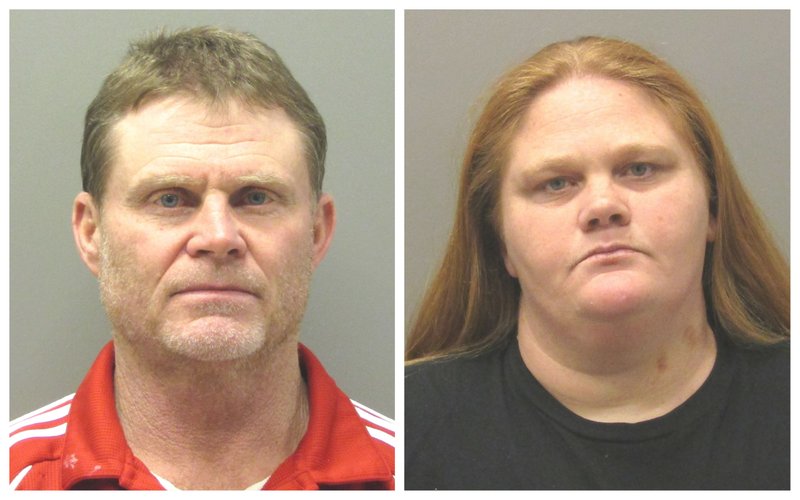 Tracy Lee Bronson and Gloria Onita Pace are shown in these photos taken by the Garland County sheriff's office.

HOT SPRINGS -- A Garland County Circuit Court jury on Tuesday sentenced a man to 70 years in prison for repeatedly raping an 8-year-old girl in 2016.

The eight-woman, four-man jury had deliberated about 40 minutes before finding Tracy Lee Bronson, 49, guilty of rape after hearing testimony from numerous witnesses, including Bronson, the victim and the victim's mother, Gloria Onita Pace.

Pace, 37, pleaded no contest to permitting the abuse of her child and was sentenced to six years in prison.

"I want to thank the jury for their service, especially because these types of cases are so emotionally difficult to hear," Deputy prosecutor Kara Petro said Wednesday. "We are pleased with the verdict and happy our victim finally received justice."

Petro said prosecutors wanted to have a trial for Pace but agreed to allow her to plead and receive a six-year sentence "because we didn't want to inflict any more trauma upon [the victim] by forcing her to testify against her own mother."

Pace was arrested Nov. 17, 2016, on the charge of permitting abuse, punishable by up to 20 years in prison, and was released on $10,000 bond Nov. 29, 2016. Her bond was revoked Dec. 12, 2017, after she failed a random drug screening, testing positive for numerous controlled substances. She had remained in custody since then.

"Due to the confrontation clause, she [the victim] would have to testify against her mother with her mother in the courtroom looking right at her," Petro said. "She still loves her mother despite it all, and we didn't want to cause her any more emotional damage."

Petro noted that among the state's witnesses was a trauma therapist who testified about the dynamics of the trauma the victim experienced not only from the rape but from "the effect of telling your mom repeatedly you are getting raped and her not protecting you, but instead protecting the rapist."

She said Pace testified on Bronson's behalf, waiving her Fifth Amendment right to self-incrimination, and Bronson testified during the guilt phase despite the fact that prosecutors were then able to present his numerous previous convictions.

Bronson is classified as a habitual offender, with convictions in 1995 in Hillsborough County, Fla., for grand theft auto, battery on a law enforcement officer, obstructing or opposing an officer with violence, and burglary of a structure; in 2007 in Glades County, Fla., for battery of a person 65 or older; and in 2009 in Okeechobee County, Fla., for possession of a firearm by certain persons and fleeing or eluding apprehension.

Petro said that during her cross-examination of Pace, she asked her about a statement she made to a detective, in which she acknowledged there was a possibility Bronson was raping her child and told the detective she would get her daughter out of the house. When the detective asked her why she would make the daughter leave and not Bronson, Pace told him, "because he pays the bills," authorities said.

Petro said Pace denied making that statement and testified that she didn't believe her daughter about being raped.

A female relative of the victim also testified. She was sexually assaulted by Bronson in 2015 when she was 15; Bronson was convicted of misdemeanor sexual assault in that case.

"So Pace let him live with her child even after he was charged for assaulting her teenage [relative]," Petro said.

Petro said there was also testimony about medical evidence found during an examination of the victim at Arkansas Children's Hospital in Little Rock that resulted in a diagnosis of child sexual abuse.