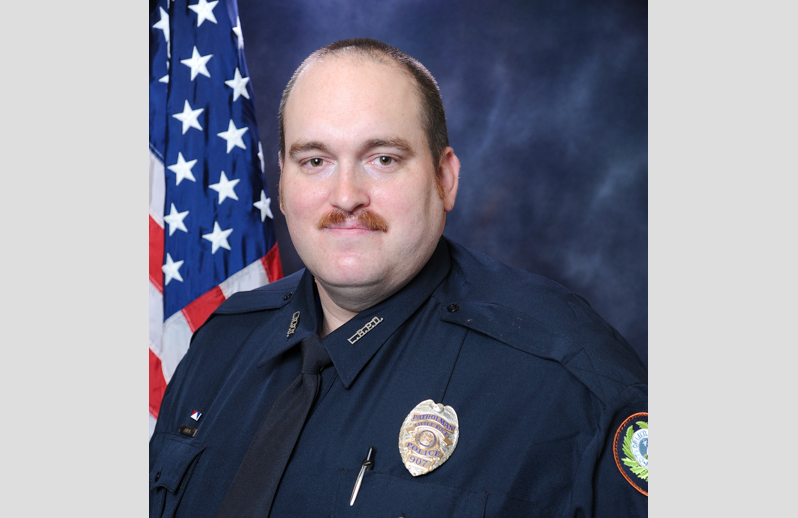 Brandon Johnson, a Little Rock patrol officer currently on paid leave pending an internal investigation, was arrested Friday after a woman told officers she was coerced into giving him oral sex instead of being arrested for public intoxication, according to an affidavit for Johnson's arrest.

Johnson drove to the 700 block of Thomas Street at about 3 a.m. on Sept. 25 in response to a suspicious person report, court documents said.

Johnson woke the woman asleep in a vehicle there, who was reportedly unsteady on her feet and appeared to be intoxicated, and invited her to sit in his patrol vehicle, the affidavit said.

The woman said Johnson drove her to her residence and then asked her to get out of the vehicle and propositioned her in a church parking lot, according to the affidavit.

The woman told investigators she complied because of his position of authority.

Little Rock police spokesman Eric Barnes said Johnson has been on leave since the incident, and that the Police Department is conducting an internal investigation into the allegations.

The woman told police that Johnson propositioned her and that "it wasn't forceful," but that she was "doing it out of fear for you know because of the authority. I felt like I was ... doing something so I wouldn't get in trouble," according to the affidavit.

DNA swabs from the woman's clothing tested positive for a protein found in seminal fluid, and DNA from Johnson's underwear matched that of the woman who made the allegation, court documents said.

Johnson was arrested Friday on a charge of third-degree sexual assault, Barnes confirmed.

Johnson was not listed on the Pulaski County jail roster as of 4:30 p.m. Friday.