A- Elvis Costello & The Imposters

The characters in Elvis Costello's sumptuous new album with The Imposters are each unhappy in their own way.

A woman who laments her deteriorated marriage while doing some renovations around the house ("Stripping Paper"); a dilapidated music-hall singer whose return to showbiz may be brief ("Under Lime"); a daughter pondering her dad's infidelity ("Photographs Can Lie"); someone grieving the end of the British empire ("I Let the Sun Go Down") and so on.

What make it easy to be sympathetic with even the most pitiable of those in these very human songs are Costello's elegant melodies and arrangements, which result in a kind of silkier, even more debonair version of Imperial Bedroom, his 1982 album produced by recently departed Beatles recording engineer Geoff Emerick.

Costello's guitars are mostly in a supporting role. Horns, woodwinds and strings -- as well as some of the liveliest backing vocals on a Costello album since Afrodiziak lit up Punch the Clock -- plus the deft hands of The Imposters and Argentine-born co-producer Sebastian Krys, turn Look Now into one of Costello's most sonically gratifying records.

Burt Bacharach composed some of the music and Costello also dusted off "Burnt Sugar Is So Bitter," another tale of domestic gloom, written years ago with Carole King. There are others, including "Why Won't Heaven Help Me" and "Stripping Paper," which show how deeply those 1960s sounds, from pop to soul, influenced Costello and how expertly he applies them in his own superlative songwriting, of which Look Now has plenty.

Costello said he recorded the lead vocals as he was recovering from a cancer scare and it made him feel invigorated instead of depressed. The power of his voice here, including that characteristic long-wave vibrato, confirms his mood.

Back in the day of neo-soul's gentle, jazzy sway, Macy Gray -- a raspy vocalist with a tactile grit that happily grated against the genre's smooth operations -- made a hit with the stammering "I Try," and never looked back. She almost couldn't, as that sensuous tunes rep (and platinum sales) overwhelmed much of her strong catalog going forward. Yet, with her Billie Holiday-ish 2016 covers album, Stripped, and her salty, sample-heavy, hard R&B-based Ruby, Gray has outrun her pop past without eschewing it.

Still grimy after all these years, Gray and her assembled crew are bluer than usual during large chunks of Ruby. While nu-blues axe man Gary Clark Jr. stops by the gospel-tinged "Buddha" to bring eyesight to the blind, the vocalist does the tear-in-the-beer routine proud on the woozily romantic and brassy "Over You" with a lyrical lament ("I haven't had a drink since my last one/No clouds in my sky, but I'm on one") that's ruminative but optimistic. The gurgling pop of "Sugar Daddy" with schlocky up-tempo mistress, Meghan Trainor, is skip-worthy, but Gray soars during the abrasive "White Man," with the R&B cuts bruised take on someone else's raw racism. And all the while, Gray has never sounded more hurt, more high or more unbound as she riffs, scats, wails, and quietly coos her heart out.

Anthem of the Peaceful Army

There's a whole lotta Led Zeppelin in Greta Van Fleet, but they haven't yet found their Stairway.

On its debut album, the Michigan quartet channels Led Zeppelin and '70s-style old-school classic rock with scary precision, on tracks like "When the Curtain Falls," "Watching Over" and "Lover Leaver (Taker Believer)."

They have Zep's sound down so perfectly that it's not hard to imagine you're listening to Jimmy Page playing slide guitar or a jangly acoustic piece.

The big difference is in the songwriting: While Greta Van Fleet has rightly generated a huge buzz as an up-and-coming young band that convincingly plays old-school hard rock, they have yet to take that crucial next step and write a rock anthem that burns its way into your brain with just one listen.

There's no "Whole Lotta Love" or "Heartbreaker" riff here -- yet -- to cement Greta Van Fleet's place in rock history. But they've got the foundation and the talent to support the next great classic rocker, whenever it might arrive.

Brandi Carlile's solo version of "Party of One," on her album By the Way, I Forgive You, was wrenching enough: a desperate reckoning with a partner the singer knows she'll never leave. Her live-in-the-studio duet with Sam Smith -- in his most otherworldly register -- turns it into a dialogue of tension and reconciliation, raising it to near-operatic drama over swelling strings. It's a benefit single for Children in Conflict, which helps children affected by war; the war in the song is a private one. 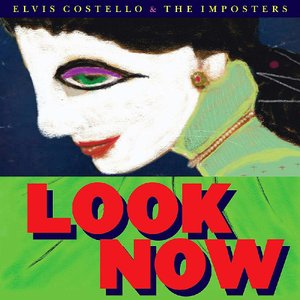 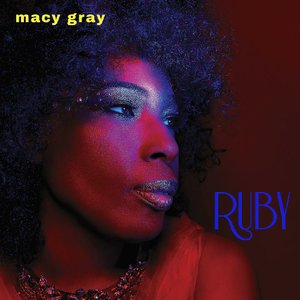 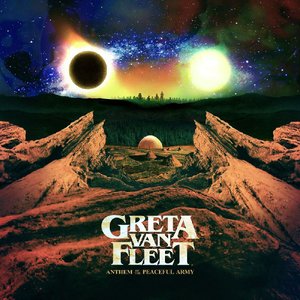