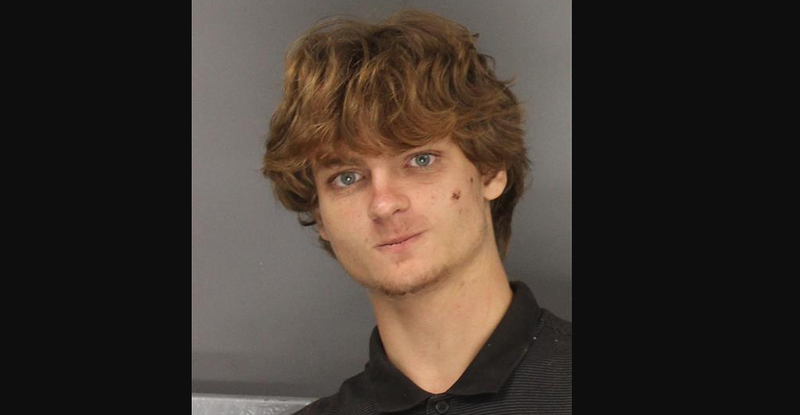 After an hourslong manhunt in northwest Arkansas, a 19-year-old who is linked to two slayings was arrested early Thursday, authorities said.

Lewis Shores was sought in connection to a double homicide discovered Tuesday in Fort Smith. Officers with the city's Police Department found the bodies of 79-year-old Norma Grubb and 81-year-old Jimmy Grubb while conducting a welfare check at their home in the 7700 block of Hermitage Drive.

Records show Shores was booked at 3:45 a.m. into the Sebastian County jail on charges of aggravated residential burglary and theft of property. He remained in jail Thursday afternoon in lieu of $200,000 cash-only bond.

Shores was involved Tuesday in a three-vehicle wreck, which involved a pickup belonging to Jimmy Grubb, police said.

The driver of that truck was identified as the Grubbs’ grandson, Gentry Rainwater, and he was arrested — along with his girlfriend, Destiny Joslin — on unrelated charges at a home in the 2900 block of Memphis Street later that evening. He faces failure to appear and drug charges, and she was arrested on a hindering apprehension charge.

Police said that Shores went back to his Booneville residence after the crash, and he tried to flee the next day, the Arkansas Democrat-Gazette previously reported.

After a scuffle with a deputy as he tried to run, Shores disappeared into thick foliage, authorities said, prompting a manhunt involving 30 officers from state, county and local law enforcement agencies, along with tracking dogs and an Arkansas State Police helicopter.

Since Shores' arrest, detectives have tried to contact 43-year-old Angela Shores about the investigation, but her whereabouts are unknown, according to a news release from the Fort Smith Police Department. Officers wrote that the 5-foot-4-inch, 190-pound woman has a mental disability, and they would like to check on her welfare.

An investigation into the deaths is continuing.