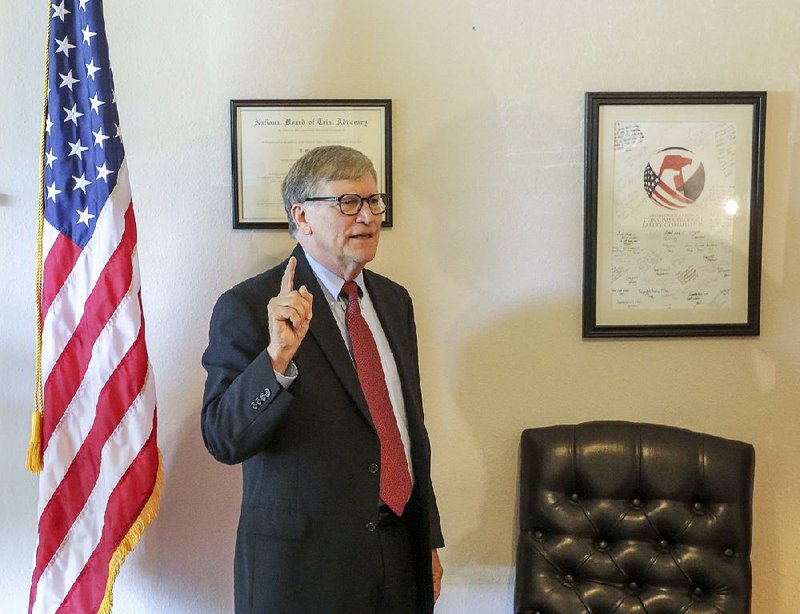 Mike Lee, the Democratic nominee for state attorney general, talks about Attorney General Leslie Rutledge’s work record during a news conference in August at his campaign headquarters in Little Rock.

LITTLE ROCK — A Democrat running for attorney general in Arkansas is proposing increasing the fines for violating the state's ethics laws and expanding what lobbyists must report in response to corruption probes that have involved several former lawmakers.

Mike Lee on Monday released a series of proposals he says he'll push for in the Legislature next year if he's elected attorney general. Lee is trying to unseat Attorney General Leslie Rutledge, a Republican who was first elected to the office in 2014.

Lee proposed increasing the maximum fine per ethics violation from $2,000 to $10,000. He also called for lobbyists to disclose in a new public database bills and amendments for which they are lobbying. Rutledge in June said she was hiring two investigators to handle public corruption cases.