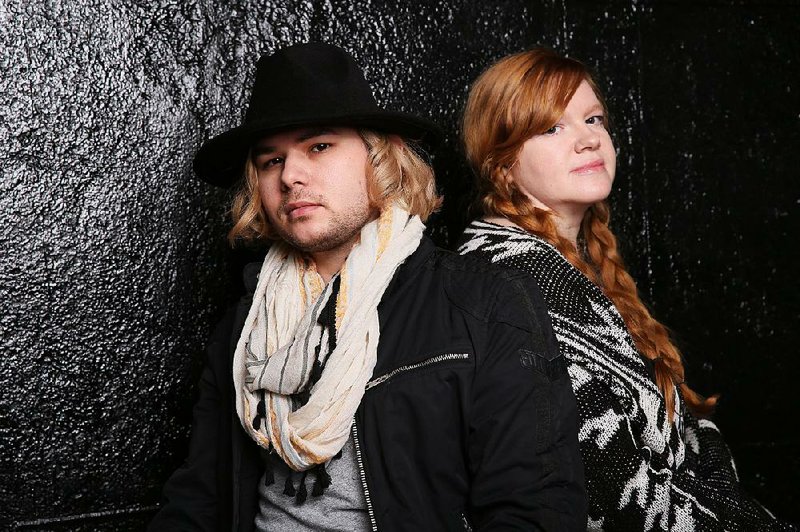 There was a time about a year ago when husband and wife Chris Long and Veronica Wirges of North Little Rock were on the verge of giving up their dreams of making music.

"We had been in other projects and when those fell apart, we were really questioning whether we wanted to do this whole music thing anymore," says the 39-year-old Wirges.

The couple had been traveling to Nashville in hopes of making music industry connections, and it was on what was supposed to be their final trip there that they ended up with tickets to the annual Bonnaroo Festival in Manchester, Tenn.

Long performed on a small stage at the festival and he and Wirges later were passing out copies of their CD when a reporter for MTV.com asked to interview them.

In all, it was a fruitful trip that reinvigorated the pair, who have been married for 13 years.

"I was very inspired," the 34-year-old Long says. "I came home with about half an album written."

Recording under the name Monsterboy, Long and Wirges are starting to release some of their dance-inspired, electro pop. Their first single, the fiercely catchy, radio friendly "My Heart," drops tonight in the middle of a performance at Rebel Kettle Brewing in Little Rock.

"We've set it up so that the single will be released at 7 p.m., and we're going to do a live countdown," Long says. The track will be available at iTunes, Spotify and other streaming outlets.

"It just makes more sense fiscally to produce it and then release it online," Long says.

Wirges adds, "It also allows us to release music at faster increments. We don't have to wait until a whole album is done, or wait until we've done a Kickstarter campaign to fund the recording of an album."

"My Heart" is the first in a series of coming singles, Wirges says: "We will have three new songs released three weeks apart from each other."

The initial tracks came from their experiences in Nashville.

"We got to meet movers and shakers, and the everyday Joe who moved there from all over the United States and the world," says Wirges, who plays baritone and tenor saxophone. "We met people from England who moved there just to try to make it in the music industry."

Long, whose vocals have a soulful quality, plays guitar, sings and produces backing tracks that the duo uses when performing. He also records and engineers Monsterboy tracks in his home studio.

Devin Castle of Hot Springs handles post-production work, Long says: "He does the mixing and the mastering. He brings the right sound to what we do."

Monsterboy is the first project in which Long and Wirges are actually performing as a duo, and there are no plans to expand their lineup.

"We're not eager to add anything else to the mix at this point," Wirges says. "Audiences are loving it, we're having a blast and every show has been so much fun. Why fix something that's not broken, right?"