MOVIE REVIEW: A wizard, a witch, a boy wonder and lots of eye candy sure to thrill the kids in 'The House With a Clock in Its Walls' 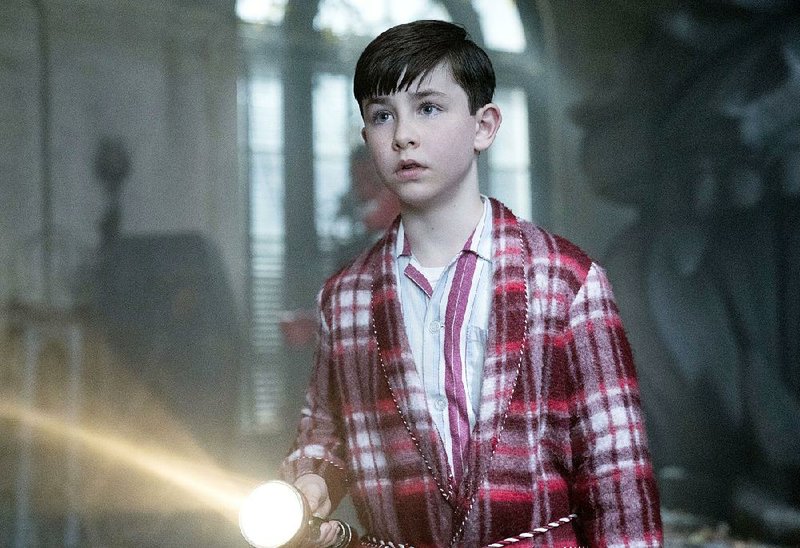 Orphaned Lewis Barnavelt (Owen Vaccaro) is sent to live with his eccentric and sometimes magically potent uncle in Eli Roth’s The House With the Clock in Its Walls.

Eli Roth got his start making gruesome thrillers like Cabin Fever and Hostel, but in his surprisingly kid-friendly new feature he trades dismemberment for Harry Potter-esque wizardry gone wild.

The storyline of The House With a Clock in Its Walls by Eric Kripke (Supernatural), working from the 1973 novel by John Bellairs, should seem familiar to anyone who has studied at or about Hogwarts. As usual, Lewis Barnavelt (Owen Vaccaro) has been recently orphaned. With no remaining family, the 10-year-old has to move in with his estranged uncle, Jonathan (Jack Black).

While the two have had only fitful contact before, they quickly discover they are kindred spirits. Lewis' classmates taunt him because he sports the same goggles the hero of his favorite TV show, Captain Midnight, wears. Jonathan thinks nothing of wearing a black kimono over his clothes. Lewis loves dictionaries and speaks as if he has memorized one. The older man lives in a home with hundreds of clocks, and the building itself makes eerie ticking noises.

The hidden clock has a sinister purpose that has remained a mystery to the homeowner, at least until now.

Jonathan is as indifferent to rumors his neighbors spread that his house is haunted as he is to their demands that he stop playing the saxophone at 3 a.m. ("Dem's me best jamming hours.") For a fellow who can cast nasty spells when he wants to, Jonathan is surprisingly friendly. It helps that the only person he seems to have bad words for is his neighbor and friend Mrs. Zimmerman (Cate Blanchett), who gets away with taunting Jonathan because she's a powerful witch.

While discovering that his uncle can teach him how to cast spells, Lewis still has the burdens of most 10-year-old boys growing up in 1955. In addition to being disparaged about his looks, Lewis discovers that none of his peers wants to play basketball with him. Being short, clumsy and eccentric prevent him from becoming popular.

Lewis looks for support from a classmate (Sunny Suljic) who seems more interested in the new boy's vote for class president than in his company. Lewis also learns that a carefully placed spell can make a tough day at school a little easier.

Meanwhile, Jonathan's old mentor Isaac Izard (Kyle MacLachlan) has left behind some troubling secrets. The fact that Isaac is dead doesn't mean that he's any less dangerous to Jonathan's surrogate family or to the world as a whole.

For the most part, Roth has the proper tone and approach for the story. It's creepy without being traumatic, and until the last act, he doesn't let the special effects overwhelm the characters or the story. When you have performers like Black and Blanchett, there's no point in loading every shot with CGIs. Their knowing glances convey all the wonder the film needs.

Vaccaro manages to hold his own with the grown-ups in the cast and doesn't seem intimidated by them. He frequently has to carry his scenes and does so as if he really had performed some type of witchcraft.

Toward the end, Roth struggles to meet some quota of otherworldly eye candy. The House With a Clock in Its Walls works best when the magic sneaks up on viewers instead of trying to smother them. The tension that Roth ably constructed earlier in the film slackens when the effects become repetitive, and just keeps ticking away.

The House With a Clock in Its Walls