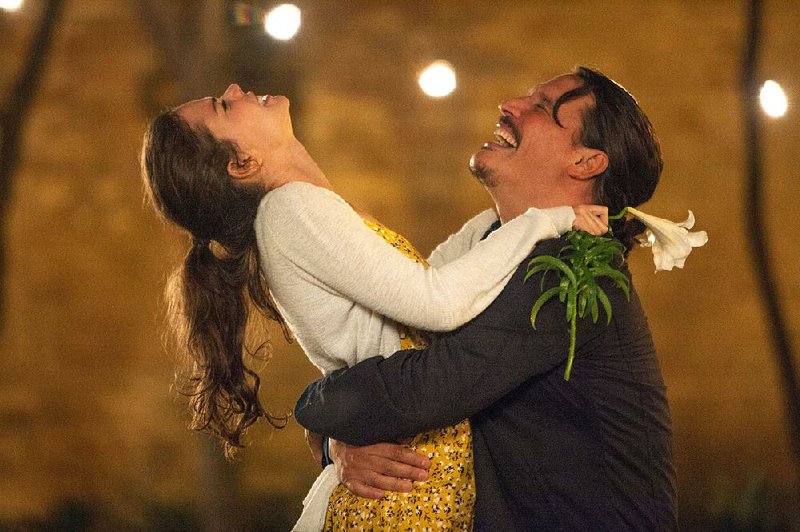 Javier (Sergio Peris-Mencheta) and Isabel (Laia Costa) are a Spanish couple just starting out together in the caretaker’s cottage of a wealthy Andalusian olive grower in Life Itself.

Imagine going to a museum and being preoccupied with the frames instead of the paintings inside them. That's roughly the experience of sitting through Life Itself.

Writer-director Dan Fogelman, the mastermind behind This Is Us, takes his title from the idea that real life is the ultimate unreliable narrator. To demonstrate, he leaps in and out of characters' heads, copying and pasting bits of three different stories to form a vague narrative. As a result, there are a few surprises but the film quickly loses momentum. If nothing happening on screen is genuine or sincere, what's the point of watching it? Then Fogelman seems to tire of the gimmick in the middle of the second act, slipping into a more conventional narrative and trudging on.

Rating: R, for language including sexual references, some violent images and brief drug use

The movie begins with the omnipresent voice of Samuel L. Jackson taking a break from promoting Capital One to describe the film's opening story. Only it isn't the opening story. It turns out that we're actually hearing an unfinished screenplay by a frustrated New York writer named Will (Oscar Isaac). He's unloading to his psychiatrist (Annette Bening) about trying to restart his life after being placed in a mental institution.

Will is a pugnacious fellow whose only happiness comes from listening to and singing passages from Bob Dylan's Time Out of Mind album. In most circles, that would be a sign of deep sanity as would his wife Abby's (Olivia Wilde) obsession with it. The two seem in love with both the album and her forthcoming baby. Nonetheless, there's a reason Will is getting ejected from Starbucks.

Will and Abby's daughter is obviously named Dylan (played as an adult by Olivia Cooke), and she's trying to make it as a musician. Sadly, her luck seems as lousy as that of her parents.

On the other side of the Atlantic, an olive plantation owner named Mr. Saccione (Antonio Banderas) unloads to his employee Javier (Sergio Peris-Mencheta) about how his childhood frustrations have led him to be a rich but lonely man. It seems the boss envies Javier because he has a son and an attractive wife (Laia Costa).

By the time Fogelman wraps all of these tales in a bow, it becomes hard to care if any of the couples wind up together or find inner peace. Fogelman seems to have lost his inspiration after Banderas delivers his opening monologue.

That a director other than Pedro Almodovar or Robert Rodriguez recognizes Banderas' gifts is refreshing. He and Isaac give captivating performances in undercooked storylines. Life Itself follows three generations, but the technology and the era is the same in each story. It's as if Fogelman lacked the imagination and the eye for realistic detail to make the passage of time convincing.

Was Fogelman preoccupied with the next act of storytelling chutzpah, or was he simply lazy?

For all of his narrative trickery, Fogleman's script becomes predictable. We know which couples will break up or get together, but the writer-director hasn't bothered to figure out why they like or despise one another. Fogelman would be wise to follow Alfred Hitchcock's dictum that movies are life "with the dull bits removed."

Life Itself makes us wonder if he knows which bits are the dull ones.